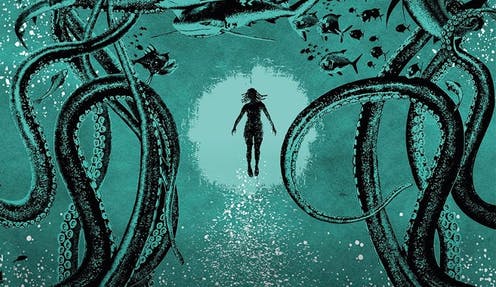 In his satirical essayHow to Write About Africa, the late Kenyan writer and journalistBinyavanga Wainainaadvocated for a rethinking of clichéd and stereotypical representations of the continent. Wainaina was in favour of looking beyond the despair that has plagued and continues to plague Africa.

African science fictionis a literarygenrewhich tries to imagine utopic futures of the continent. Nigerian-American novelistNnedi Okoraforcalls her brand of sci-fi “Africanfuturism”. She explains in herblogthat Africanfuturism is “concerned with visions of the future” and that “it’s less concerned with ‘what could have been’ and more concerned with what can/will be.”

Okorafor is on an upward global sci-fi trajectory, especially with the adaption of her acclaimed novellaBintiinto a majorTV series– among severalproposed projectsinvolving her African protagonists. Considered especially against the background of the phenomenal success of the sci-fi blockbuster movieBlack Panther, Okorafor’s rich body of work matters when it comes to the representation of black lives.

Her 2014 novel Lagoon recounts the story of the arrival of aliens in Nigeria. The aliens make their landing in the ocean, in the lagoon close to the city of Lagos. The novel focuses on Ayodele, the alien ambassador, and her interactions with three humans: a marine biologist named Adaora, a musician from Ghana named Anthony, and a military man named Agu. Ayodele has shapeshifting capabilities that allow her to change her form. She transforms fluidly between human, animal, and inanimate forms.

As I have observed in myanalysis,Lagoon, through its shapeshifting alien protagonist, challenges long held ideas of how gender and sexual identities are considered in Africa.

That which does not resemble us

Lagooncheerfully disregards many literary norms. A mythical spider called Udide Okwanka, for example, recounts the story – which is also told from multiple perspectives. But particularly innovative is howLagoonimagines a bold alternative future in which there is a liberation of identities and desires from rigid norms.

In Ayodele’s interactions with humans, she questions how they live and think. Through her shapeshifting capabilities, she defies what humans consider the “normal” ways of being.

Ayodele is portrayed as queer. By queer I mean that her identity defies established gender identity categories. In the novel, she is referred to as “a woman … man … whatever” and as a “woman, thing, whatever she was”. This fluid identity blurs the boundaries of what has been normalised as “correct”.

The narrator of Lagoon explains that Ayodele’s fluid identity makes her dangerous. The danger lies in that Ayodele dismantles a well established system that denigrates ways of being that are different or stray from what is considered normal. Ayodele’s identity makes humans uncomfortable. In the novel, Ayodele states.

It is when humans are made uncomfortable that it becomes possible to start imagining different futures. The familiar is defamiliarised and stereotypes are disregarded.

In Lagoon, Ayodele’s difference compels a queer student organization called Black Nexus to come out of hiding and to confront societal stereotypes. Before the arrival of Ayodele and the aliens, Black Nexus only met clandestinely once a month. Ayodele’s presence emboldens them to come out of the closet and confront their own insecurities.

Of particular interest, the group is encouraged by how Ayodele challenges Father Oke, a bishop in a local diocese. Father Oke is known to speak out against queer individuals and for equating queer relations to bestiality. The Black Nexus group see in Ayodele a possible ally and a radical force that could change how they are viewed in Nigeria – a country where same-sex relations are criminalised.

By becoming visible, the members of Black Nexus defy the ways of thinking that marginalize them and render them invisible in Nigeria.

In my reading, Ayodele’s shapeshifting capabilities represent a need to rethink identities so that they are liberated from the limiting ways in which humans consider them. The novel imagines a future in which different forms of otherness are granted space to be and to flourish. Ayodele hints at this future, saying: Last night, Lagos burned. But like a phoenix, it will rise from the ashes – a greater creature than before.

Lagoon’s Africanfuturist vision requires a reader who is actively engaged in co-creating the alternative future that the novel is constructing: one in which identities are freed from restrictive thinking that refuses to recognise difference and diversity.

The reader is a central participant in this process because the writer, the reader and the text are engaged in a creative conversation. This conversation involves challenging the present and past misrepresentations of Africa. And it involves striving to envision counter-futures that contrast the present and past. The reader is required to be an active participant in meaning making.

I conclude by quoting Okorafor, who explains in a 2017 talk that sci-fi plays an important role in imagining possible futures. She tells her audience:

So much of science fiction speculates about technologies, societies, social issues, what’s beyond our planet, what’s within our planet. Science fiction is one of the greatest and most effective forms of political writing. It’s all about the question, “What if?”.