Home Culture Africa is a Country: A Digital Town Square for Intellectual Debate and... 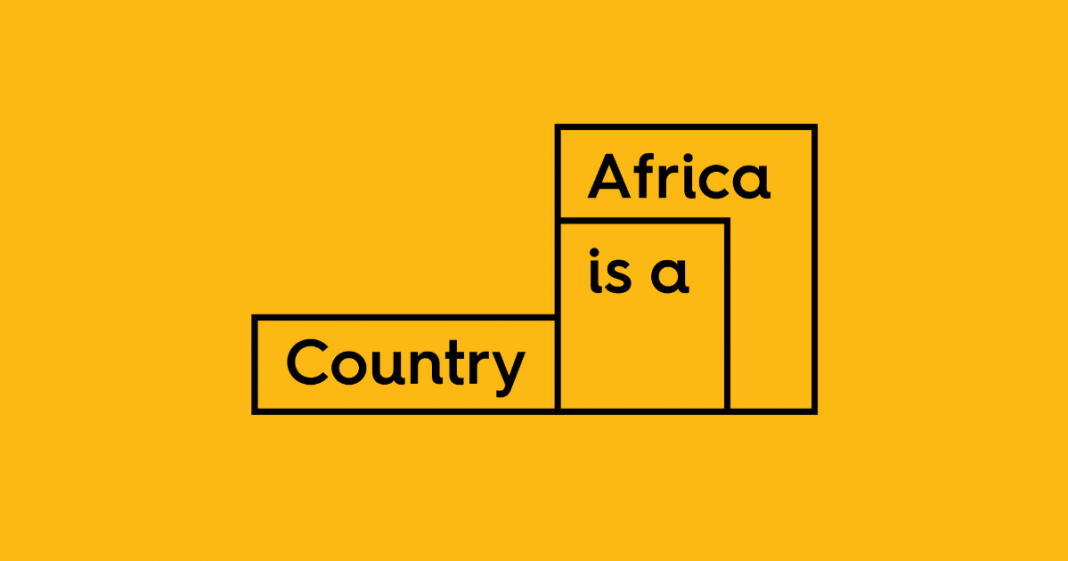 Africa is a Country is a blog dedicated to publishing diverse perspectives on the pressing issues currently affecting both the African continent and Africans living in the diaspora. The ironic title draws attention to one of the central motivations behind the platform—to challenge prevalent stereotypes and misconceptions about Africa.

Essays published on the platform cover issues concerning the continent’s fifty-five countries, as well as Diaspora experiences in various fields, from politics to pop culture. Founded in 2009 by Sean Jacobs, a professor of international affairs at The New School, it is really a community of both regular and visiting thinkers curated by an editorial collective made up of academics and public intellectuals.

Africa is a Country is a collaborative project driven by an open content model. In addition to being entirely run by volunteers, all writing belongs to the creative commons and can thus be reprinted, taught, translated, responded to, “remixed,” and paraphrased with neither permission nor compensation. However, the team politely requests that such active participants in the conversations they offer up “credit the author, mention Africa Is a Country and link back to the original post.” They also request: “Institutions with funds are asked to make a donation.”

“This collectivist ethos reveals the left-leaning politics at the blog’s core, also reflected in its institutional partnerships. Africa is a Country receives funding and journalistic support from the Shuttleworth Foundation (Sean Jacobs has been awarded a fellowship by the foundation two years in a row now), Open Society Foundation (which have provided us with funding for our core operations as well as funded our new “Climate Politics” project which includes an essay series and a documentary.) The Shuttleworth Foundation supports “people who are unafraid to re-imagine the world and the way we live in it.” The foundation’s website asserts: “We hold a vision for a better future centered around open principles.” AIAC also enjoys a partnership with Jacobin Foundation, a prominent leftist media organization. Jacobin provides logistics support to Africa Is a Country, including website development.

While Africa is a Country hosts a YouTube channel, social media accounts, and a mysterious “Projects” page, which promises content that is “coming soon,” the blog is its primary space for content creation. Blog articles fall into one or more of the categories “Politics,” “Culture,” and “Ancestors.” The categories regularly bleed into each other; a “culture” article might just as easily discuss the culture of emergency relief or journalism in the time of Covid as diversity within literary publishing or recent music albums that have been released. “Ancestors,” similarly, might refer to anti-apartheid activists as easily as the recently deceased Robert Mugabe or a beloved artist. These articles often touch on the impact and continuing legacy of the important figures they profile. Africa is a Country has become the premier site for intellectual debate and critique, where scholars, artists, activists, and culture curators gather to talk about the continent.

Characterized by rigorous and lively writing, intentional web design, and a sharp social consciousness, Africa is a Country has been successfully nourishing an intellectual and activist community for over a decade and promises to remain on the cutting edge of its work.

Lindsay Semel is an Assistant Managing Editor for Asymptote. She daylights as a farmer in North-Western Galicia and moonlights as a freelance writer and editor. Besides her home publication, her work has appeared in The Women’s Review of Books and Kirkus Reviews.