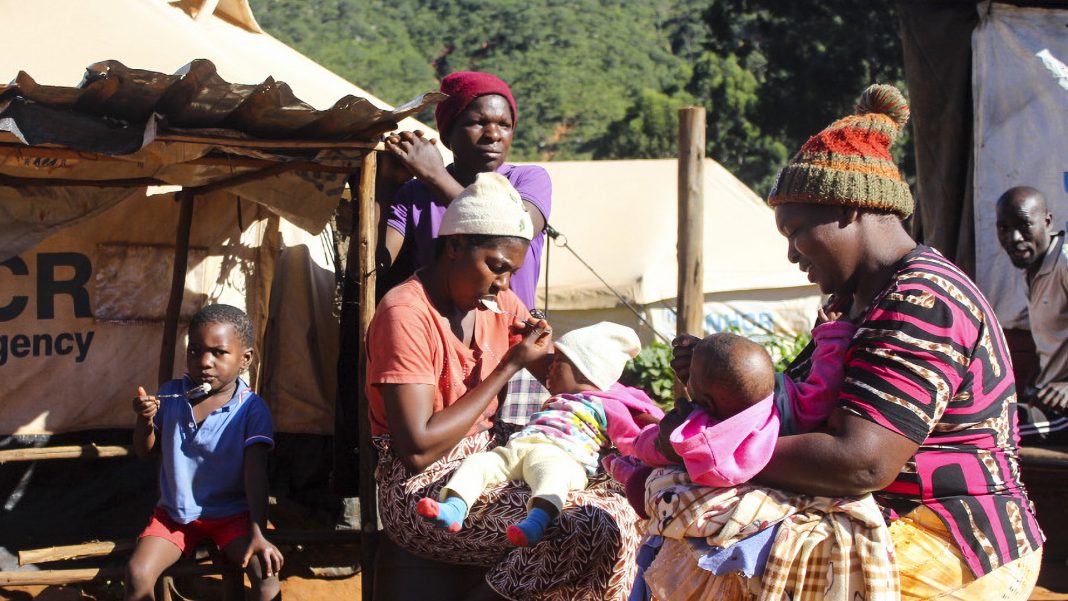 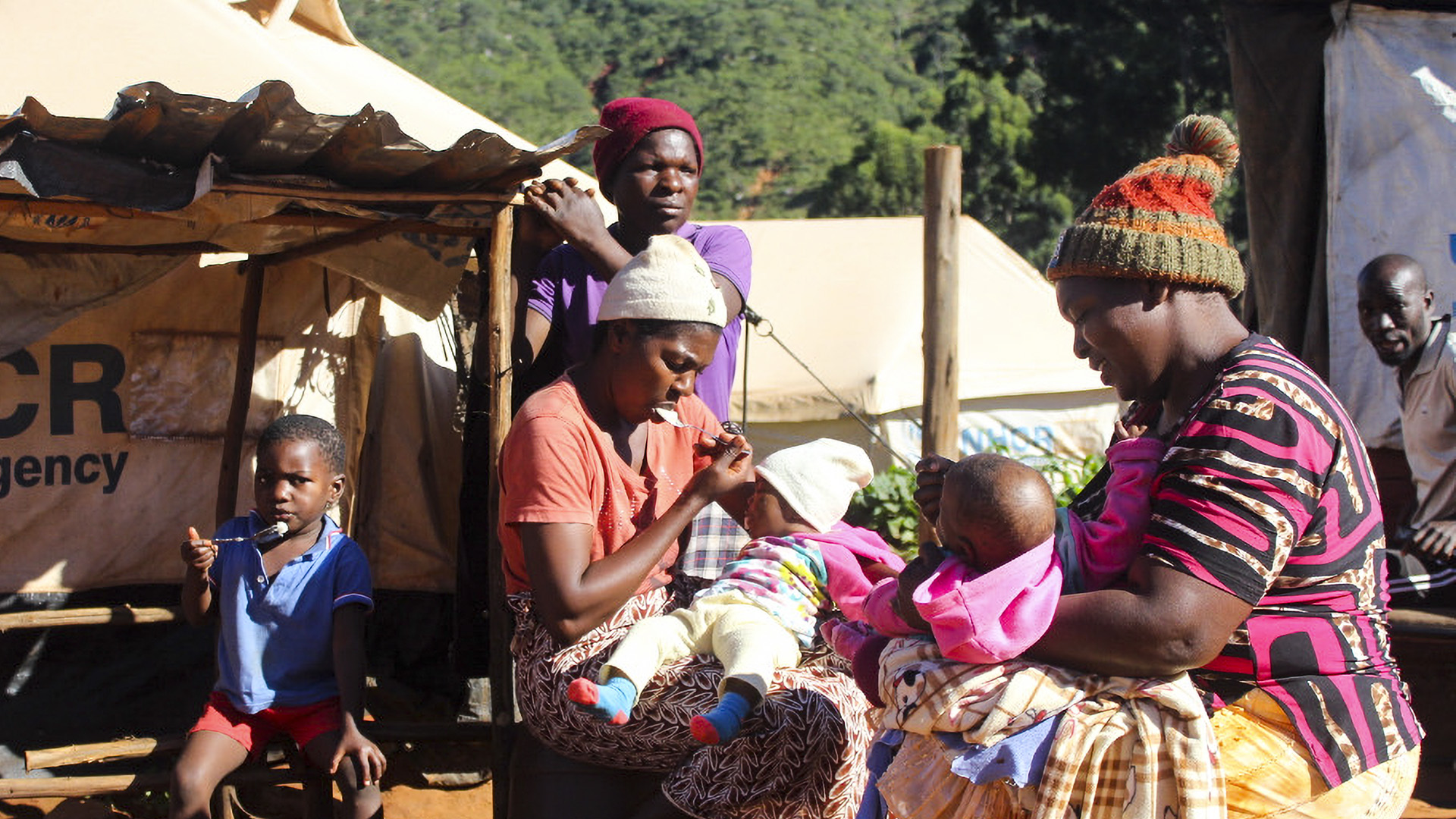 CHIMANIMANI, Zimbabwe — Jane Chitsuro, 43, is still seeking answers into the whereabouts of the remains of her 18-month-old son, Tanatswa Dudzai, who disappeared on the evening of March 15, 2019, when Cyclone Idai hit Chimanimani, eastern Zimbabwe.

According to the United Nations, the cyclone, which spread across Malawi, Mozambique, and eastern parts of Zimbabwe, claimed over 1,000 people and displaced over 1.5 million.

“I still hope one day my son will be found,” Chitsuro told Zenger News. 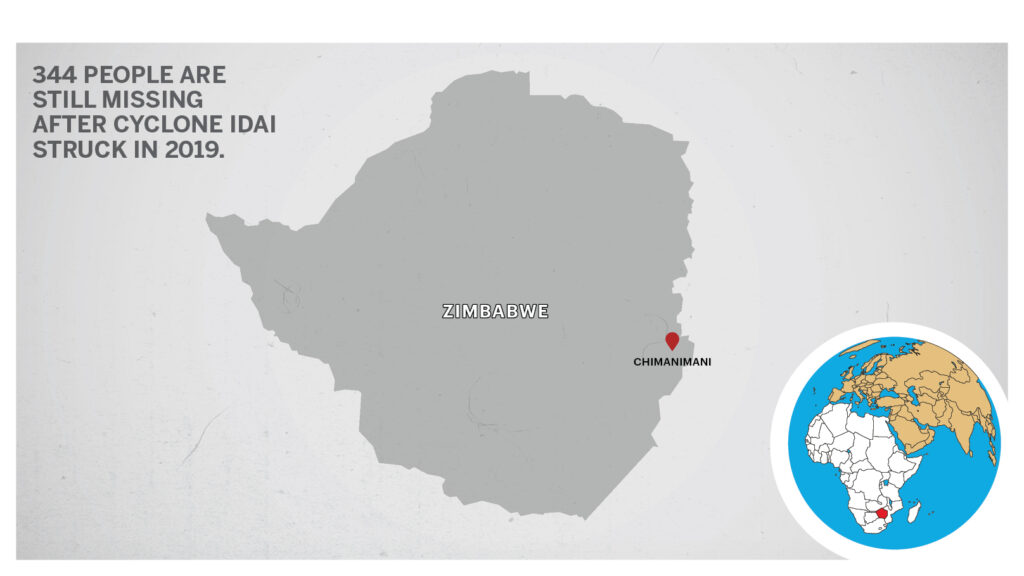 “I want him to be buried with dignity.”

On that fateful evening, Chitsuro, a widow, had tucked her elder child aged 15 in the next room and went to bed with Dudzai.

Days earlier, the Meteorological Service Department had warned that strong winds and heavy storms were brewing on the coast of the Indian Ocean and spreading across Mozambique, heading to Ngangu, Chimanimani.

But by this time, Chitsuro says it was too late to find refuge elsewhere.

When she woke up to the sound of thunder, it was raining heavily, and when she left Dudzai in bed to check on his sister in the next room, the entire house crumbled before she could rush back to reunite with her baby.

“That was the last time I set eyes on him. The entire house was destroyed, and luckily, my other child and I weren’t hurt. A massive volume of water suddenly swept down from the mountain and dumped us about 300 meters away.”

Days later, the Department of Civil Protection and other international agencies flocked Chimanimani and surrounding areas to mount rescue efforts.

Many people were found dead beneath the rubble.

According to the Zimbabwe Red Cross Society, hundreds were missing, suggesting that many dead bodies, including livestock, were carried by the floods downstream into Mozambique,

Heaps of rubble and boulders that rolled down the mountains during the storm are still visible in Ngangu.

But Dudzai is among the 344 people still missing, according to the Minister of Local Government and Public Works, July Moyo’s statement to the Inter-ministerial Committee on Civil Protection Parliament on May 31, 2021.

“We need to move on from this sad chapter. But how do we do so when we don’t have the remains of our loved ones,” said Chitsuro.

Government efforts to effectively account for all missing persons were thwarted by the outbreak of the Covid-19 pandemic in 2020.

In a positive development, the government now plans to exhume and repatriate 157 known bodies of Zimbabweans buried in Mozambique in the aftermath of Cyclone Idai.

“We now know the names of the 203 of the 344 missing people from information provided by villages where they lived,” said Moyo.

“Modalities by government pathologists to exhume and repatriate bodies of the 157 (excluding 344 others still missing) who died in Mozambique remains a priority.”

At the same campsite Chitsuro stays, there are a dozen more families whose members are still missing and continue to suffer intense psychological trauma.

Zimbabwe Human Rights NGO Forum, a local human rights group, bemoaned the alleged neglect of survivors of the cyclone by the Zimbabwean government.

“This highlights the paralysis of Zimbabwe’s social protection mechanisms and poor disaster response and management,” Dzikamai Bere, the national director at the organization, told Zenger News.,

“It is also an issue of failure to prioritize this sector.”

He alluded to the misplacement of priorities in public resources spending by President Emmerson Mnangagwa’s current administration.

In March this year, consumables worth R2,2 million ($155,599) for galvanizing and supporting a statue of liberation war heroine, Mbuya Nehanda, were imported from South Africa and were granted duty-free status by the Zimbabwe Revenue Authority.

“At a time when the government is building a statue and buying cars for traditional leaders and financing the National Youth Service, victims of natural disasters are an afterthought, if any,” Bere told Zenger News.

“Even as the Minister of Finance is reporting a budget surplus, it is clear that the government has no appreciation of leading with compassion.”

A recent finding by the Auditor General’s office on the utilization of Cyclone Idai resources by the government’s department of Civil Protection Unit unearthed gross mismanagement of resources meant for survivors by state officials.

A mining company, Bikita Minerals, donated 2 400 bags of cement to the Bikita district civil protection committee in May 2019. However, the district development co-coordinator still had not received the donation at the audit time on September 12, 2019.

“There were still homeless victims, about 40 households within Bikita district who were living either in tents or had sought refuge at their relative’s homes waiting for the cement that would help restore their damaged structures,” read part of the report.

Only relatives of those who died during the storm and were later identified during rescue efforts have been registered to receive monetary support from the government.

Some whose relatives are still missing will be eligible to claim support from the government after five years.

“We can’t continue living as if nothing happened to our missing relatives,” Mildred Myambo, a dweller at Arboretum camp, told Zenger News.

“We haven’t received any assistance from the government so that we know what exactly happened to them.”

Some survivors are growing weary of living in substandard and worn-out tents and are beginning to lose hope of ever returning to their homes.

Until recently, the International Organization for Migration had been helping victims of the cyclone in psychological counseling and reconstruction of damaged houses before funds dried out.

“International Organization for Migration assisted us in building 32 homes with the help of the community, but the rest are still stranded in tents,” Chimanimani Ward 10 councilor Eddie Njanji told Zenger News.