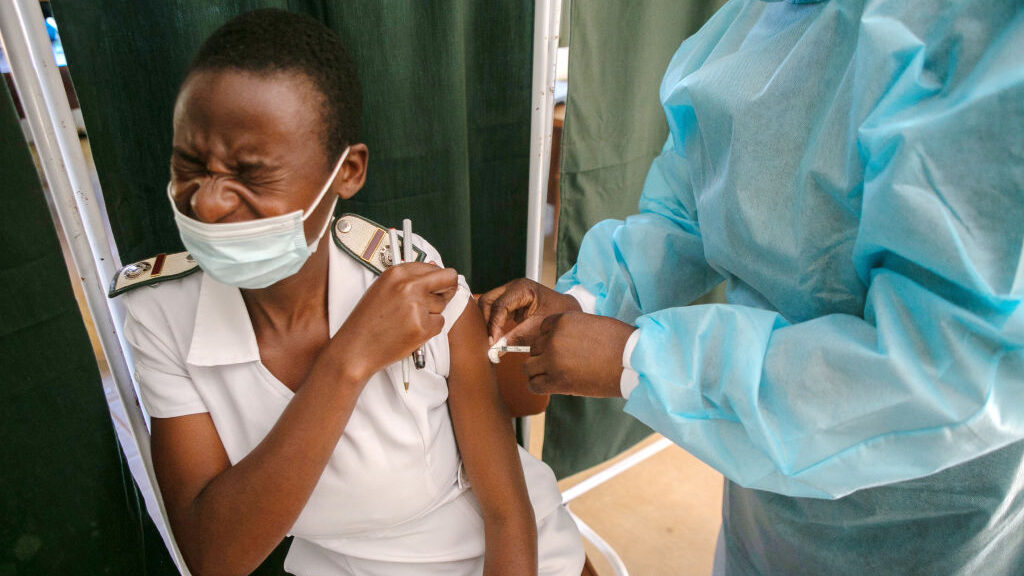 HARARE, Zimbabwe — Spencer Mutsvairo, 44, a cleaner at a small grocery shop in Harare, Zimbabwe’s capital, got vaccinated against Covid-19 in July after his employer threatened to bar unvaccinated people from entering the workplace.

“It’s one of the most difficult decisions that I had to take,” Mutsvairo told Zenger. “I had to choose between getting injected of something I’m not comfortable with and losing my source of livelihood.”

At the time, Zimbabwe was at the peak of its third wave of the coronavirus.

The country has recorded 131,205 cases of disease with 4,627 deaths, as of Oct. 4, according to the Ministry of Health and Child Care.

Mutsvairo says he is skeptical of the jabs, having read media reports about certain vaccines causing blood clotting in some people.

“It’s so disturbing to hear that some people react badly to vaccines, so people should do so voluntarily. I got vaccinated because I feared losing my job,” he said.

Many Zimbabweans are skeptical of getting vaccinated despite being among the first African countries to roll out an inoculation program in February.

To date, the government has procured just above 12 million doses of vaccines. By contrast, only 3.1 million people have been fully vaccinated against a target of 10 million to achieve herd immunity by year’s end.

The country’s largest labor body with 35 unions under its umbrella, the Zimbabwe Congress of Trade Unions, recently filed an urgent court application against the government and six companies over mandatory vaccination of employees.

However, the next hearing date is yet to be set — High Court Justice Emilia Muchawa ruled on Sept. 13 that the matter was not urgent and “cannot jump the queue.”

“There is no law that prescribes that, except for a few sectors such as health, which the government has issued statutory instruments calling for mandatory vaccination. As for the rest of the people, it is being done unlawfully. It’s also unfair and illogical.”

However, Information Minister Monica Mutsvangwa, speaking at a post-cabinet press briefing on Sept. 14, said that the government would stand firm on its stance for non-vaccinated employees to not be allowed to return to work.

“Pursuant to the previous announcement that all civil servants should be vaccinated, Cabinet further resolved that no unvaccinated civil servants will be allowed to come to work,” Mutsvangwa said.

Zimbabwe is not the only country pushing for mandatory vaccination.

U.S. President Joseph R. Biden Jr. said Sept. 9 that American companies with more than 100 workers would ensure they all are vaccinated or take weekly tests. In China, meanwhile, local authorities have made it mandatory for all 18 year-olds and above to get vaccinated or be turned away at schools, hospitals, and public transport.

Nevertheless, many government workers, such as the Amalgamated Rural Teachers Union of Zimbabwe have vowed to contest mandatory vaccination laws in court.

“Yes, we agree that vaccination is a game-changer since it will protect our people,” the organization’s president, Obert Masaraure, told Zenger. “However, the government should be educating people around the importance of vaccination so that they willingly present themselves for vaccination.”

“We are strongly against dictatorial tendencies, and to that end, we are approaching the courts to seek protection,” he said.