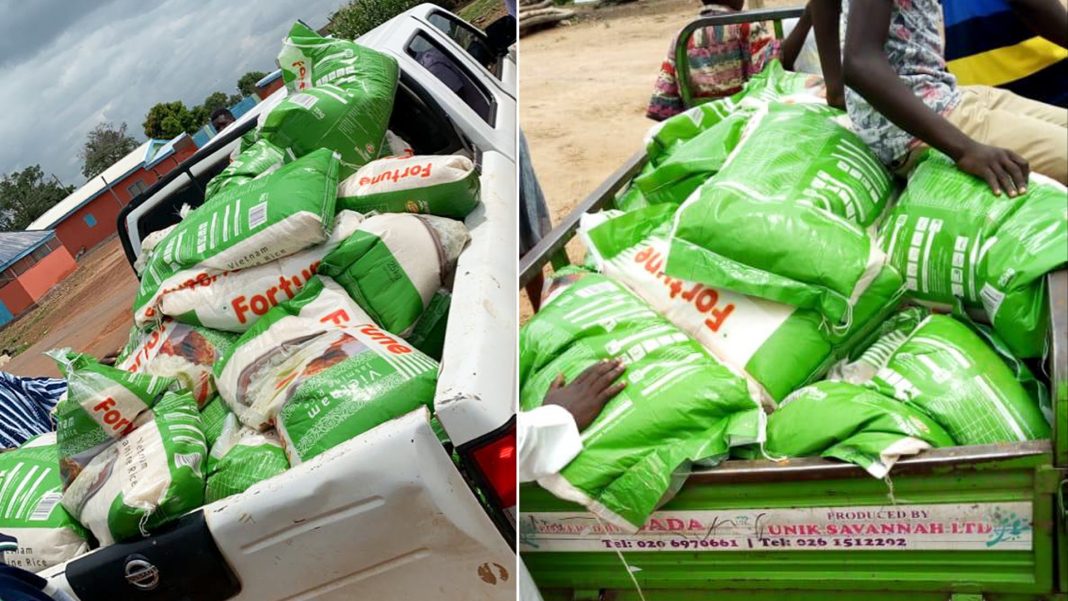 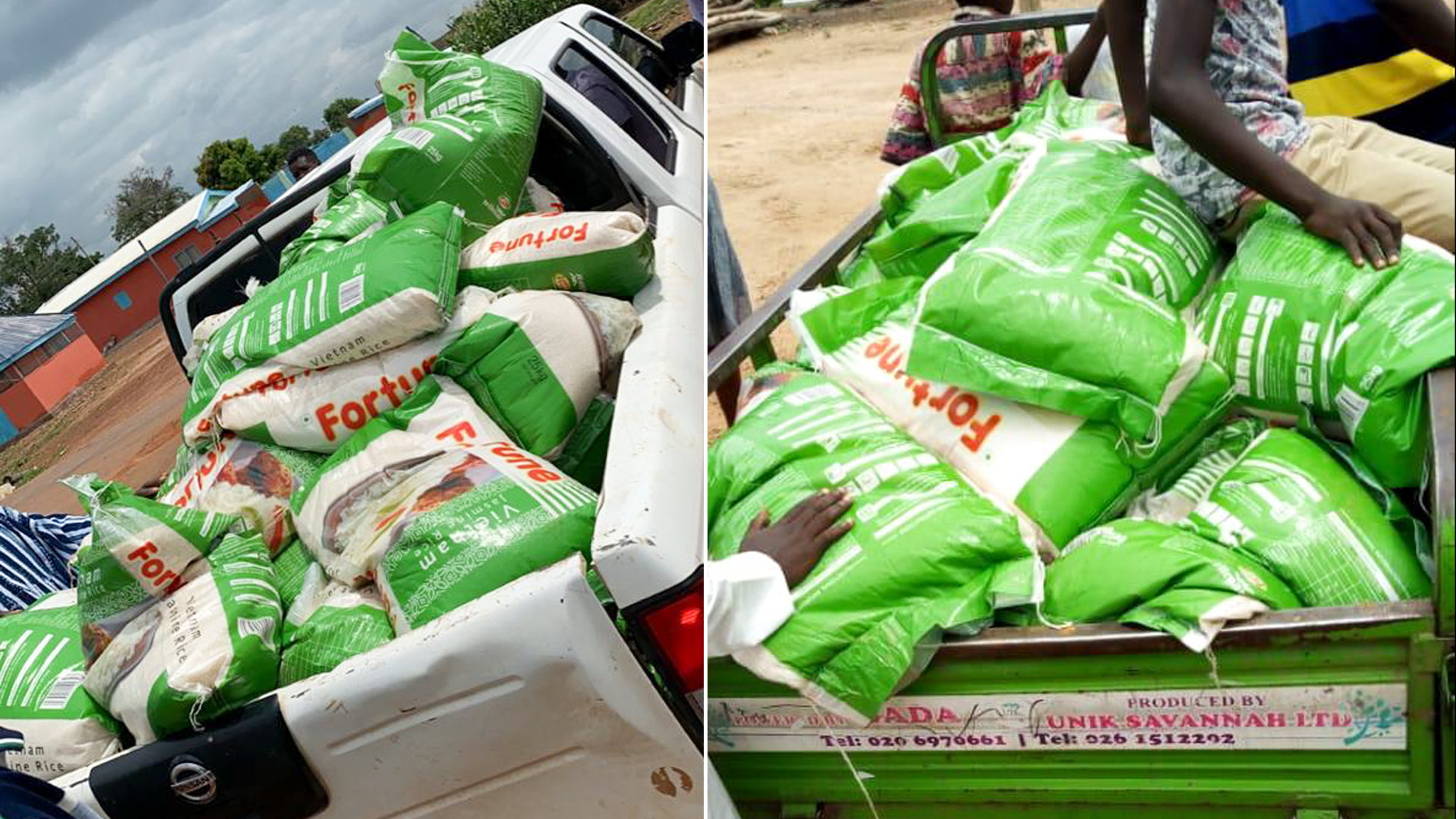 It was two days to the Muslim festival ofEid-al Adhaor the “Feast of Sacrifice”. Per custom, the area member of parliament, Samuel Abu Jinapor, donated food to his constituents to celebrate the holiday.

The bags of rice were for chiefs, imams, clan heads, and traditional female leaders known asqueen mothersfor distribution to members of the community in Busunu.

The food was headed for storage at the chairman of the electoral commission in Busunu when the angry young men intercepted them.

“I was there when the pickup trucks passed by and decided to follow them,” Seidu Sachibu, one of the people who intercepted the donations, told Zenger News.

“We realized they had packed some rice bags at the chairman’s house, so we told him that we’re the youths and you, the executives, know the challenges we’re going through in terms of unemployment, so we’re returning the gifts to our MP.”

Gifts from politicians in the forms of bags of rice, cooking oil, fabrics, electronics, and money are an accepted norm in Ghana, especially during election campaigns and religious celebrations like Christmas and Eid-al-Adha.

“I am not in the habit of dismissing the grievances or demands of my constituents,” Jinapor, theMinister of Lands and Natural Resources,told Zenger News.

“I have taken it [the rejection of the rice donation] in good faith. Youth unemployment is a challenge in many parts of Africa. However, I would have wished they would have channeled their grievances differently.”

“I have been in the forefront of the politics in Damongo from 1992 to date,” he told Zenger News.

“These guys didn’t behave well. Which politician in Africa or West Africa has given jobs to all the youths? This is politics! Somebody was lying on the ground and pushing his political agenda.”

However, Sachibu said the youngsters acted spontaneously by returning the rice.

“We decided on our feet that we should send a signal to our MP that he has forgotten about the Busunu youth and that he needs to come to our aid.”

Sachibu said some of his friends got jobs in the security sector courtesy of the minister but said the lawmaker could do better.

“He’s doing great for the constituency, but we need him to do more. We have some of our colleagues who got jobs in the public sector through his efforts. We rallied behind him during the elections, so he should give a slot [for a bigger post] to someone from Busunu. We don’t care if the beneficiary supports the government or not.”

Jinapor, 38, a lawyer by profession and son ofMahama Abdulai, a Buipewura, or a traditional chief in Central Gonja district, Savannah Region, defended his development record.

“At a constituency level, we’ve employed a good number of people from here. The government has also done well to create employment opportunities across the country. I won’t quarrel with those who chose to express themselves in the manner they did.”

He said he plans to establish a shea processing factory to support the women and construct a secondary school in Busunu, including “a good number of other interventions we have rolled out.”

Ghana is faced with 12 percent youth unemployment and more than 50 percent underemployment, both higher than overall unemployment rates in Sub-Saharan African countries, according to theWorld Bank.

Ahead of the 2016 and 2020 presidential and parliamentary elections, the rulingNew Patriotic Partyled byPresident Nana Addo Dankwa Akufo-Addopromised to cut unemployment in the country.

“You heard the president say he’s going to create a million jobs in the next three years, but the economy is taking a beating due to the Covid-19 pandemic. But we will still deliver on our promise to the youths,” Jinapor told Zenger News.

A public policy advocate and the executive chair of theNorthern Development and Democratic Institute, Mustapha Sanah, said that the young men’s demands were hasty, even though they acted within their rights.

“It is good for them to demand jobs, not food, but I don’t think they’re fair to their member of parliament who has been in the job for barely six months,” he told Zenger News.

“And this unemployment menace has been with us for a very long time.”

He said the youngsters’ action does not signal a change in Ghana’s voter behavior of accepting gifts from politicians for votes.

“It’s too early to say whether what the young people did could be a game-changer in our politics. The outcome of the next elections in December 2024 and the reaction of both the politicians and the voters will tell if Ghana’s politics evolved over the next few years.”