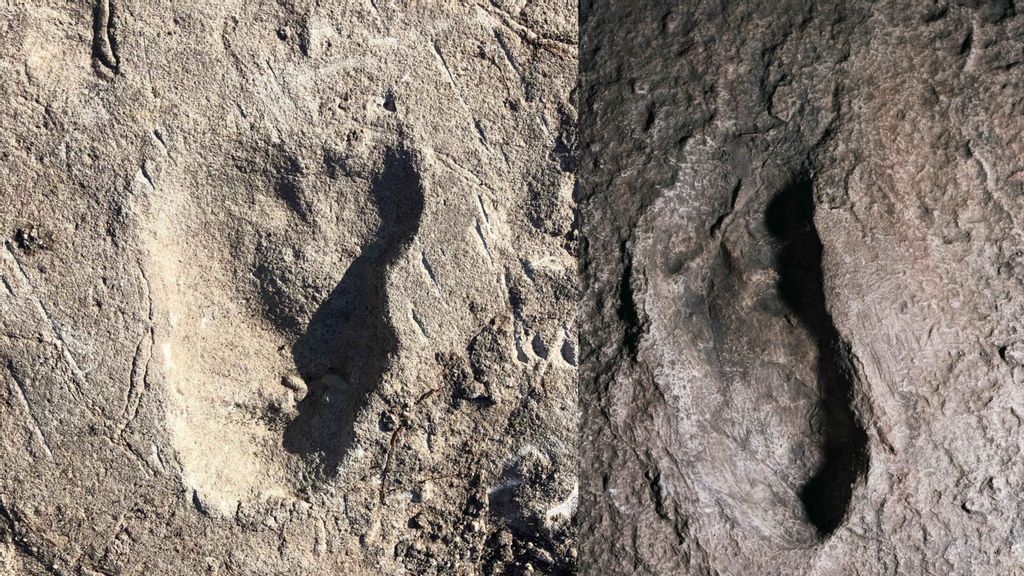 Scientists now say that footprints discovered in 1976 in Africa were made by a hominin — a bipedal early human — and not a prehistoric bear as had previously been suggested.

At Site G in Laetoli, Tanzania, in East Africa, footprints attributed to Australopithecus afarensis date back to 3.7 million years ago, making it the oldest unequivocal evidence of upright walking by early humans. These footprints were discovered by renowned paleontologist Mary Leakey in 1978.

Interestingly, the researchers concluded that the individual hominin’s gait did not resemble that of Australopithecus afarensis. A study on the excavation was published in Nature.

“Given the increasing evidence for locomotor and species diversity in the hominin fossil record over the past 30 years, these unusual prints deserved another look,” said lead author Ellison McNutt of Ohio University. An expert on early humans’ biomechanics, she used comparative anatomy, including that of bears, to determine how the heel bone landed on the ground.

While the footprints at Sites G and S in Laetoli are accepted as Australopithecus, those at Site A remain unidentified. In 2019, a team from the University of Colorado-Denver conducted a new excavation at Site A and cleaned the five consecutive footprints found there. The team concluded that the large impressions left by the heel and big toe are evidence that the prints had been made by a hominin.

Co-authors Ben and Phoebe Kilham, who run a rescue and rehabilitation center for bears in New Hampshire, worked with paleontologists to entice juvenile black bears to walk on their hind legs across a muddy path where their pawprints were captured.

In addition, the team examined more than 50 hours of video that revealed the bears walked on their hind legs less than 1 percent of the total observation time, making it unlikely that a bear had made the footprints at the Laetoli site. No footprints of the Laetoli individual were found that showed them walking on four legs.

The team compared the Laetoli Site A tracks to the footprints of human beings, black bears (Ursus americanus) and chimpanzees (Pan troglodytes). They also examined the footprints of chimps in Uganda and captive chimps held at Stony Brook University, New York. The researchers found that the chimps’ heels were narrower than their forefeet, a characteristic also found in bears. However, the Laetoli footprints have wide heels relative to their forefoot.

Bears take very wide, wobbly steps, back and forth, according to co-author Jeremy DeSilva. “They are unable to walk with a gait similar to the footprints at Site A, as their hip musculature and knee shape does not permit that kind of motion and balance,” he said.

The toes and feet of bears are fanlike, and their heels taper. Hominin feet were squared off and featured a prominent big toe. The Site A footprints show that the hominin was cross-stepping — crossing one leg over the other while walking. “Although humans don’t typically cross-step, this motion can occur when one is trying to reestablish their balance,” McNutt said, adding that the hominin may have been trying to balance itself on an uneven path.

Also, the size difference between the big toe and second toe of the discovered footprints is similar to that seen in chimpanzees and modern humans but not black bears.

“Through this research, we now have conclusive evidence from the Site A footprints that there were different hominin species walking bipedally on this landscape but in different ways on different feet,” said DeSilva.