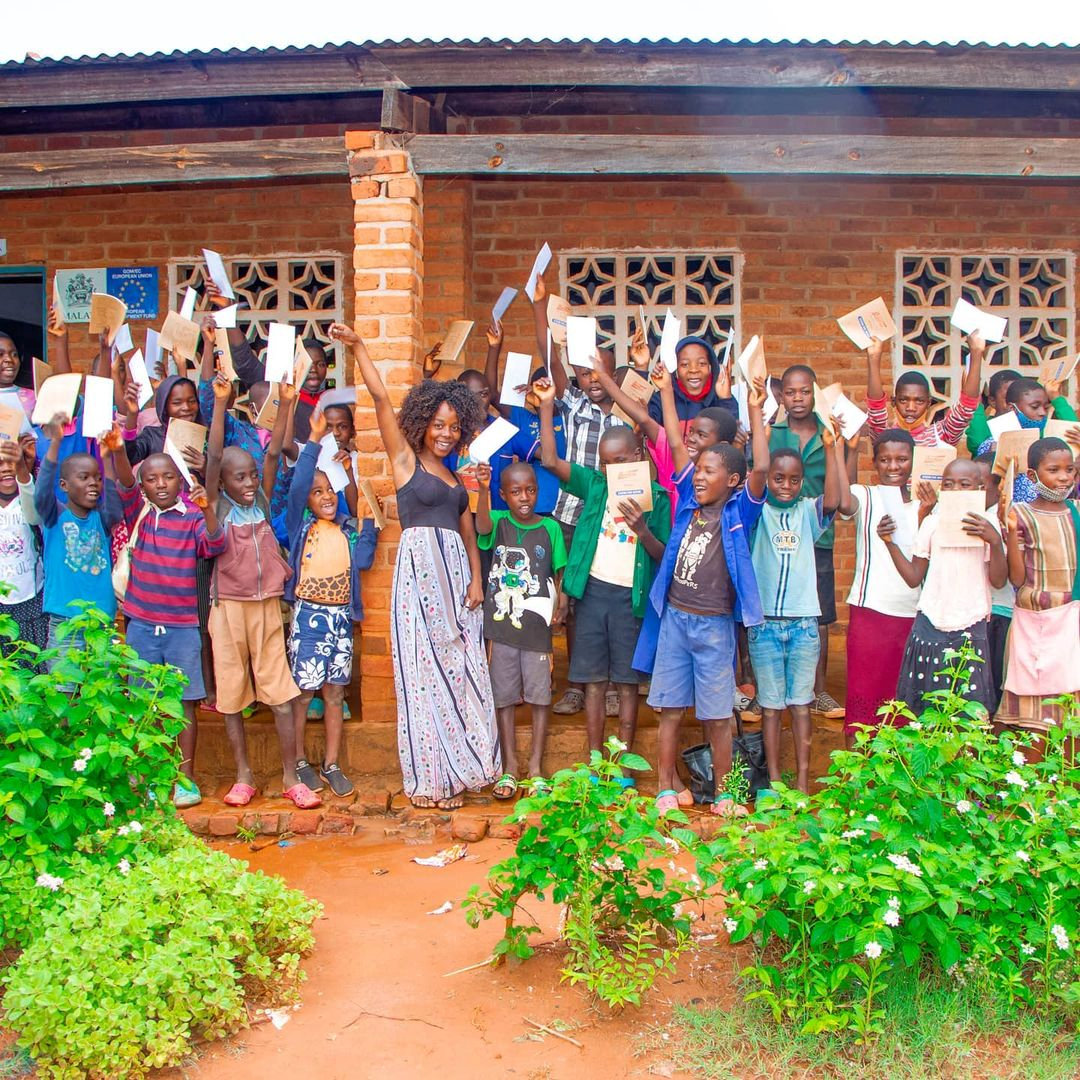 Meet the incredible 23-year-old woman who runs three schools, an orphanage and fosters over 30 Children.

Tusaiwe Munkhondiya is the founder of non-profit organizations’ Empowering Young Mothers’ and ‘You Are Not Alone’ (YANA) offering help and support to vulnerable people across Malawi.

Tusaiwe fell pregnant when she was 16 and is a single parent to son Jeromy, now six.

After a couple of very hard years, she was kicked out of her home at age 18, which inspired her to start ‘Empowering Young Mothers’.

Her organization allowed her to get together with other young mothers and inspire them to aim for success, as well as start a preschool to help them.

Tusaiwe noticed that children were struggling to bring in food or afford the $1 school fee, so she took in one of the children herself.

Her first ‘adoption’ was a five-year-old, whose mentally-ill mother had passed away. His family could not look after him, so Tusaiwe took him in.

She reported this to the Ministry of Gender, Children, Disability and Social Welfare in Malawi and has since built a strong relationship with them.

Tusaiwe, from Mzuzu, Malawi, southeastern Africa, said: “When I started looking after the first child, I contacted the government to inform them.

“As it is very complex to adopt, I keep the government regularly updated on who is in my care.

“The children are all looked after by my ‘institution’, which is me. However, I will be their mother and look after them for as long as they need me.”

Tusaiwe currently cares for 33 children, aged between just six-month-old and 17.

Each child has a different story. Some have been abandoned, many are orphaned and others were street children with no family or home at all.

Tusaiwe calls her orphanage ‘a home’ or ‘a family’ to ensure that her children do not grow up with the negative stigma associated with life in care.

Her second organisation YANA, was founded in May 2021, and supports nearly 300 vulnerable people in Malawi with a special needs school, two preschools, a vocational school for women and two support groups for the elderly.

Tusaiwe has a team of about 18 people that work for YANA in various capacities, from teachers to housekeepers to administrative assistants.

She described that it is almost impossible to get financial aid from the government, so YANA is funded by donations from individuals and companies around the world.

She emphasized that her role is to be a mother to every one of the children, supporting them and loving them unconditionally.

Tusaiwe said: “I am a mother to the children 24 hours-a-day, but we’re all best friends.

“I love having fun with them, making TikTok videos, watching movies and spending quality time with them.

“I am very strict about school. Education is really important so I make sure they study well.”

Tusaiwe was abandoned by her mum at nine-months-old – before being taken in by her grandparents – and now suffers from PTSD.

She started YANA to give other abandoned children the love and support that she wished she had received.

Although Tusaiwe is very proud of her achievements, she admits that sometimes things are difficult.

Tusaiwe added: “Sometimes we don’t have enough money to feed them and I feel like giving up.

“I feel inspired when I think about my son. He is the reason I am doing this and making the world a better place.”

Tusaiwe plans to take care of the children for as long as they need, ensuring that they are confident and educated enough to stand on their own.

She said: “I’ve only had more than a few children in my care for about a year, so it’s hard to see what the future holds for us.”

Tusaiwe hopes that in five years’ time, her organization will have its own village that they support, teaching people valuable life skills as well as feeding them.

She said: “I hope that people with connections can keep me connected.

“I have built everything myself – I come from nothing so I need to be constantly building and improving.”