Home Africa VIDEO: Got The Horn: Rhino Superstud Picked To Father The Next Conservation... 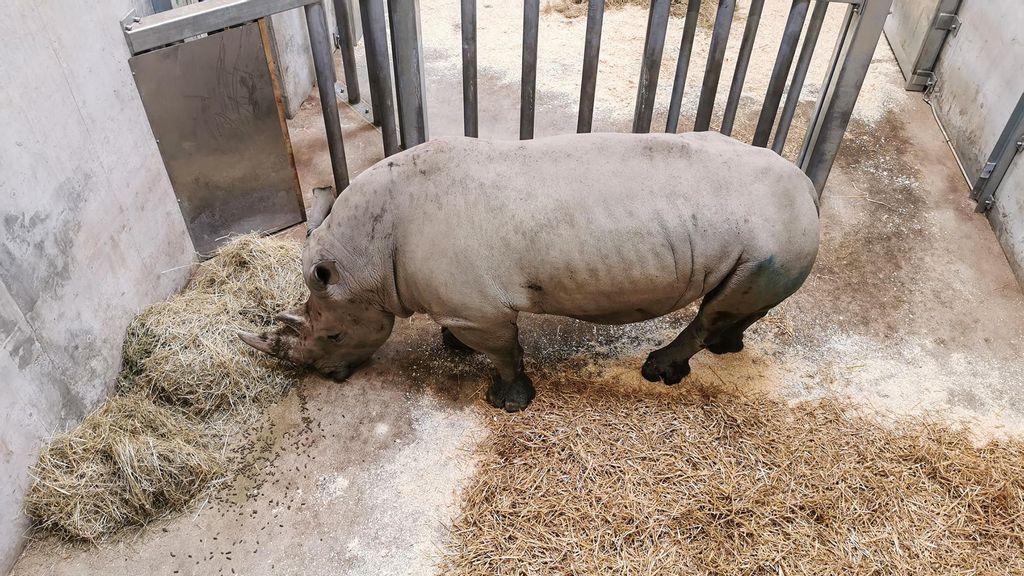 A 12-year-old male rhino born in England was recently brought to a Swiss zoo to help breed a new generation.

Male Kimba, 12, belongs to the southern white rhinoceros species, listed as near-threatened by IUCN’s (International Union for Conservation of Nature) Red List of Threatened Species. He was brought to the Zurich Zoo on Aug. 3.

The zoo authorities hope Kimba can help secure the species’ line by providing offspring as part of the EAZA Ex-situ Program.

Kimba was born in the Knowsley Safari Park in the Merseyside area in England on Dec. 4, 2008, but later moved to the Lille Zoo in France in 2011 and then the Schwerin Zoo in Germany in 2016.

The Lewa Savannah in the Zurich Zoo was inspired by the Lewa Wildlife Conservancy, a wildlife sanctuary for the endangered black and white rhinos and other African animals at the foothills of Mount Kenya.

“Kimba survived the trip well. He was calm and relaxed yesterday evening and was particularly interested in his food. Kimba now has time to get used to his new environment and the new zookeepers,” said Severin Dressen, zoo director.

The bull weighs around 5,500 pounds and will remain quarantined for at least 10 days before he can be introduced to other rhinos, named Tanda, Teshi, Talatini and Ushindi.

Dressen hopes Kimba will quickly adapt to his new environment.

“In Schwerin, unfortunately, it didn’t work out for Kimba with offspring. We now hope the bull feels comfortable in our Lewa Savannah and the fresh air on the Zurichberg hill encourages him to reproduce,” he said.

While the northern subspecies of the white rhinoceros is considered extinct in nature, the populations of the southern white rhinoceros have been able to recover somewhat, thanks to strict protective measures. Between 19,600-21,000 such animals are in existence, National Geographic reports.

However, the species is still potentially endangered and populations are starting to decline again, due to illegal hunting. The species’ horn earns high sums on the black market, while climate change results in habitat loss.

Zurich Zoo is committed to protecting wild rhinos and has collaborated with the Lewa Wildlife Conservancy in Kenya since 1998.

The conservancy, which is a natural reserve, is protected as a UNESCO World Heritage Site. It is home to black and white rhinos, as well as other endangered species, such as elephants and Grevy’s zebras.

Edited by Fern Siegel and Matthew B. Hall

The post VIDEO: Got The Horn: Rhino Superstud Picked To Father The Next Conservation Generation appeared first on Zenger News.