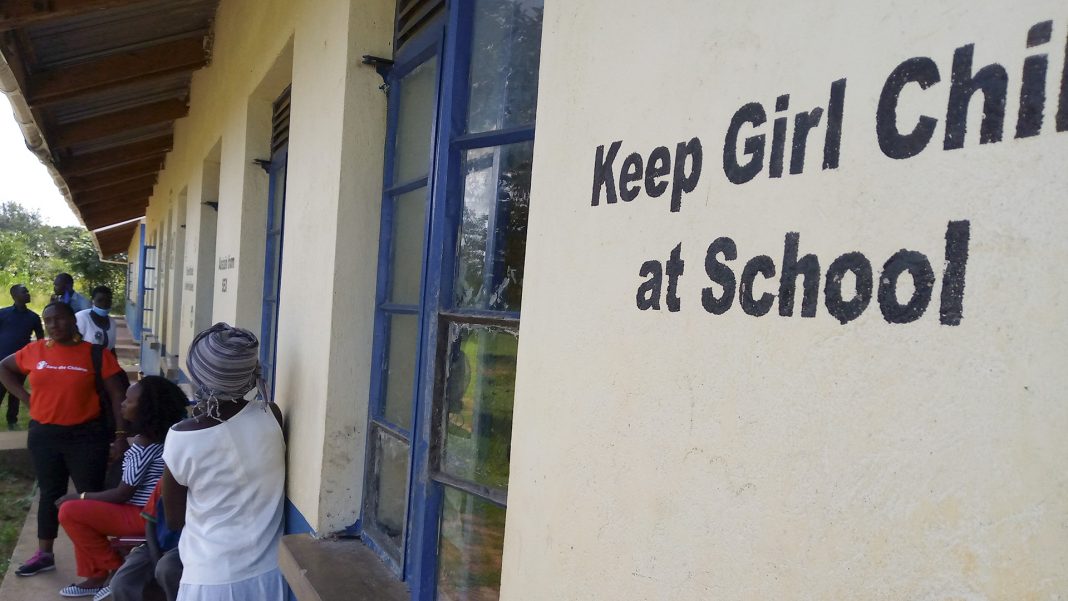 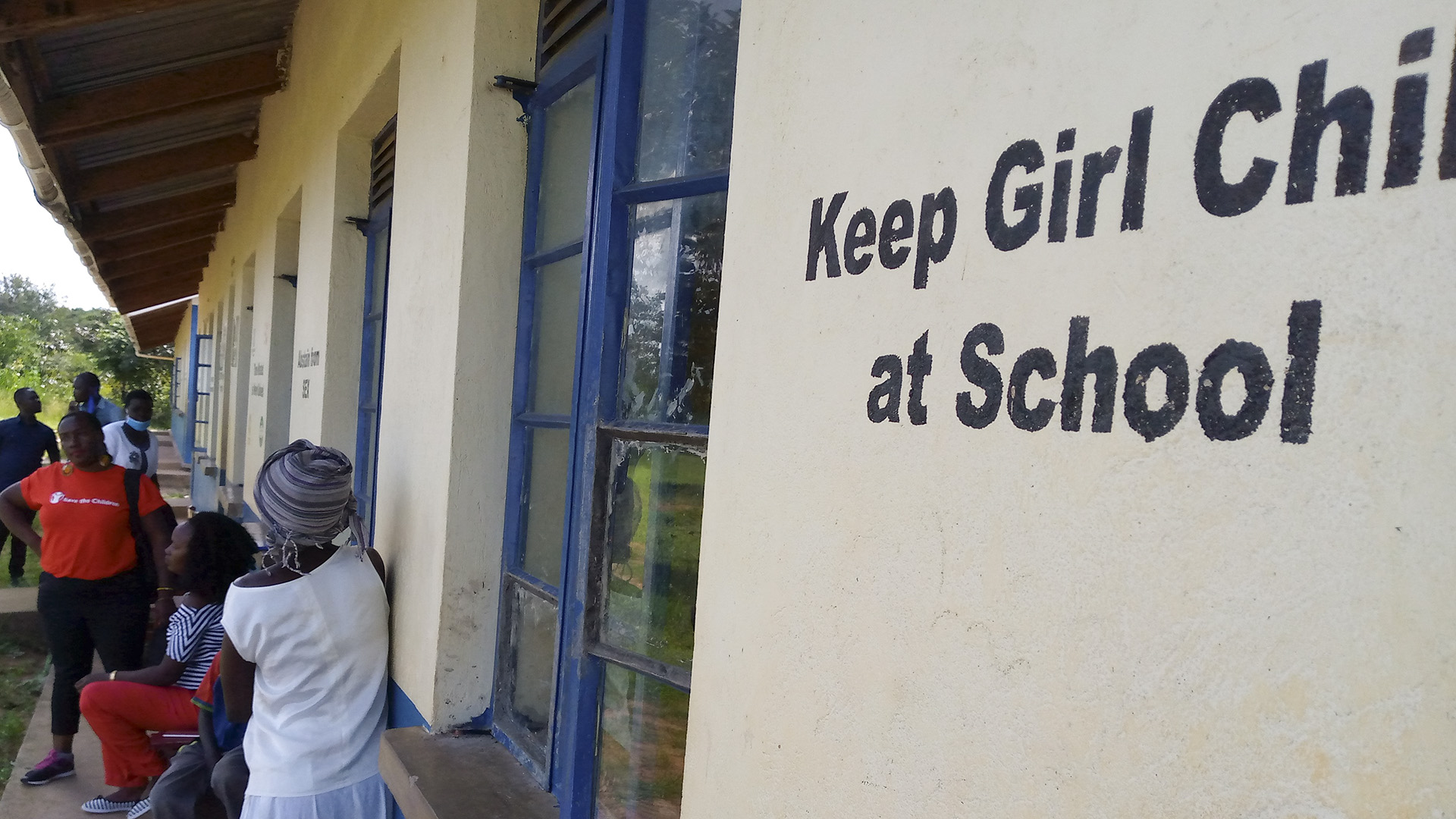 GULU, Uganda — Nighty Lapobo, 54, was horrified to learn that her daughter, who studied at the Pupwonya Primary School in Amuru District of northern Uganda, was pregnant.

“She was to sit her Primary Leaving Examination in March 2021, but her future became uncertain when we discovered that she was three months pregnant before she could write her final exams,” Lapobo told Zenger News.

“She gave birth amid many complications. Her boyfriend ran away for fear of responsibility, and now she has to face life on her own.”

Lapobo is among six other parents whose daughters dropped out—due to the same reason—from the Pupwonya Primary School during the pandemic-induced lockdown in 2020.

The six months’ lockdown had far-reaching consequences on school girls and their reproductive health.

In Uganda, it is illegal to have sex with a person below 18 years, and offenders are liable to life imprisonment under Section 129 of the Penal Code (Amendment) Act, 2007.

Despite the laws, data indicates increasing cases of teenage pregnancies among girls aged 10-19 years in Uganda.

A total of 5,058 cases were still under investigation, said the report released in April 2021 by the Inspector General of Police Martin Okoth Ochola.

The report further said 5,943 suspects of defilement were arrested and charged in court, out of whom 845 were convicted, while 4,907 are still awaiting trial in the period under review.

The Uganda police force spokesperson Fred Enanga told Zenger News that most defilement culprits are known to the victims and their families, making it hard to prosecute the cases.

However, non-governmental organizations say the number of victims could be far higher.

In the Acholi sub-region alone in Northern Uganda comprising nine districts, Comboni Samaritans Of Gulu, a Catholic non-governmental organization, found that 17,652 underage girls got pregnant between April and November 2021.

“In our findings, Amuru ranked the highest of all districts with 6,549 cases followed by Omoro (3,855) and Gulu (2,280),” Masimo Opiyo, the executive director of Comboni Samaritans of Gulu, told Zenger News.

Among those who will live to regret the impact of the lockdown is Nathan Muhairwe, 48, a parent whose 14-year-old daughter in Senior One was impregnated by a cousin aged 18, in Senior Five.

Due to movement restrictions, both students got confined to their family home in Kulambiro, a suburb of the capital Kampala, where their love affair began.

“As parents, we faced with a tough decision to procure a two-month-old abortion to save the family from the embarrassment,” he told Zenger News.

“I believe abortion is both a crime and a sin. Still, we had to find a solution to save our daughter’s future and family’s disgrace.”

After the government lifted the lockdown and reopened schools in October 2020, Muhairwe said the victims went back to school. However, the trauma from the abortion left the girl in psychological turmoil.

Parents are once again agonizing over their young girls, who are easy prey to sexual predators.

Stella Kijange, a parent who doubles as a rights defender and the executive director of Equal Empowerment Network, a non-profit community-based organization in the Nwoya district, said teenage girls risk getting pregnant during the lockdown.

“Many parents are sick and leave children, especially girls, to fend for themselves,” she told Zenger News.

“Consequently, girls are sexually abused but fear to report to the police or their parents. The police are enforcing the curfew and Covid-19 Standard Operating Procedures. Therefore, the Child and Family Protection Unit of the police, the Family and Children Court have been dysfunctional—delaying access to justice for these young victims.”

Many households hardly afford a meal a day, thus increasing the number of teenage girls likely to be sexually exploited for money and food, Kijange said.

Geoffrey Oguti, 45, a parent from Kitgum municipality, said since public gatherings and movements are restricted, the communal ways of dealing with such cases are limited.

“Our laws are weak on sexual offenses, and given the prevalence of domestic violence due to poverty, adolescent girls are often married off in exchange for bride price,” he told Zenger News.

“Due to psychological torture, teenage girls often run away from home and look for solace in the hands of boyfriends hence resulting in early pregnancies.”

Pat Robert Larubi, another parent in Gulu City, said child marriage and teenage pregnancies continue to blight the future of young girls due to lack of sexual education.

“Up to now, the Ministry of Education and Sports has failed to introduce sex education in the national curriculum for schools,” he told Zenger News.

“Equally, many parents believe that discussing sexuality with a child is a taboo in the African culture.”

Ismail Mulindwa, the director of Basic Education under the Ministry of Education, said in 2018, following a parliamentary ban on sex education in schools, the government developed a framework on sex education.

“We have incorporated sex education in our lower secondary education curriculum, but its implementation across schools in the country is our biggest challenge,” Mulindwa told Zenger News.

“The ministry needed to have printed enough books and distribute them to all schools. We need to train teachers still. Most of these programs were disrupted when the Covid-19 pandemic broke out, and the country was locked down. But we’ll revive the program when normalcy resumes.”