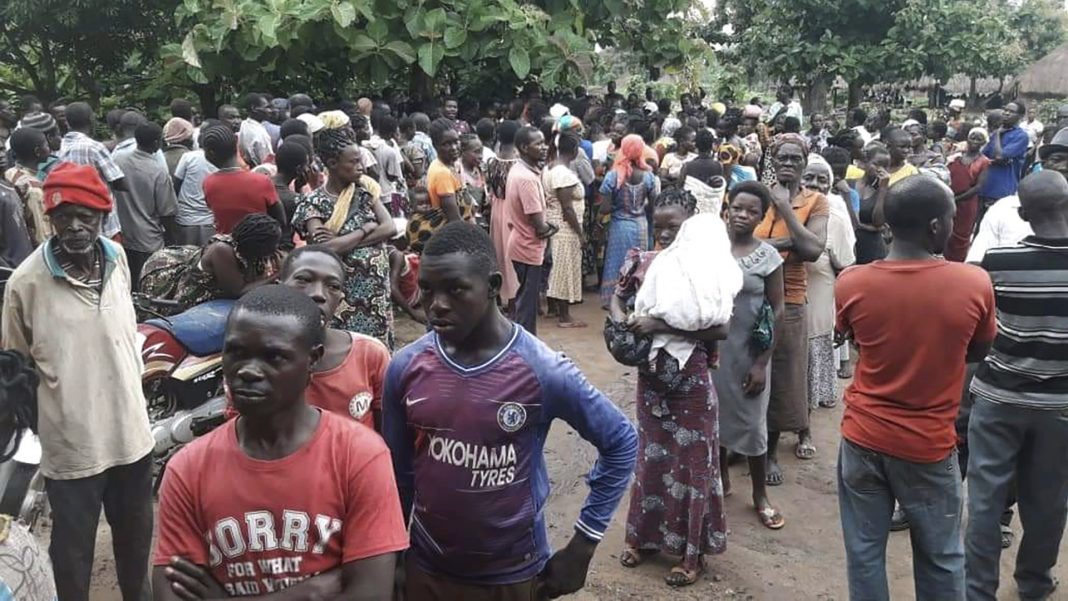 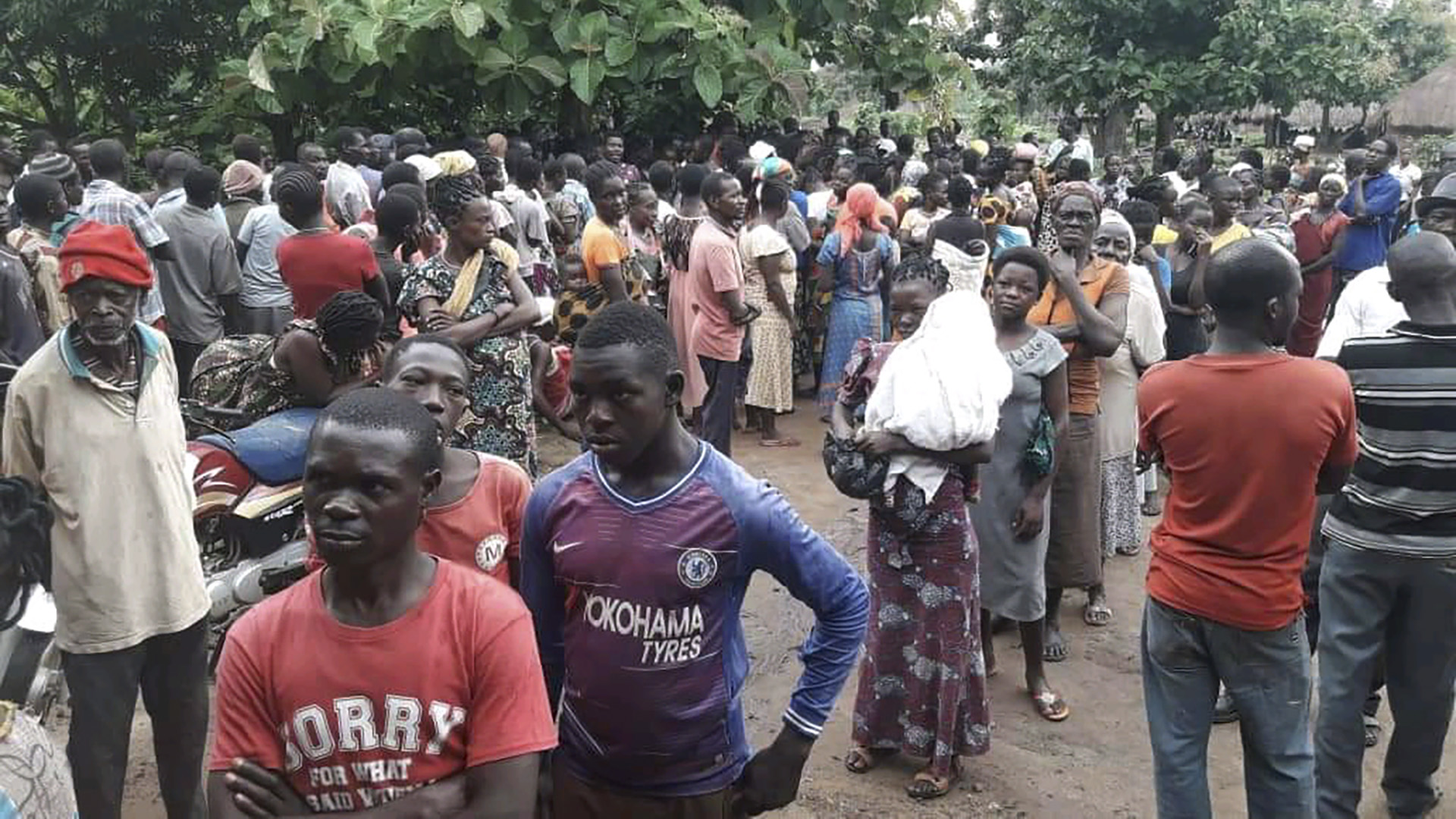 JUBA, South Sudan — Arkanjelo Bundu, a father of 12, was sleeping with his family on midnight of May 19, 2021, when he had heard gunshots ringing outside his house. Bundu is from Youngster village of Tombura county, the restive Western Equatoria state of South Sudan.

“It was not wise to stay home since the flying bullets could hit my children or me,” Bundu told Zenger News.

“Attackers also burn houses at night while people are asleep. There’s too much violence here.”

Bundu’s family are among thousands who have fled ethnic-driven violence between two rival tribes in the Western Equatoria over the past two months.

Bundu and his family took refuge at Our Lady Help of Christians church, Tombura parish of the Catholic diocese of Tombura-Yambio.

“As I talk to you, I am standing next to the graves of three men slaughtered by unknown people and whose bodies we recovered recently,” he told Zenger News on July 22.

“Two are from one family, but we don’t know the identity of the other.”

Emmanuel said the United Nations World Food Program and the Catholic diocese help the displaced but can only cover less than a hundred households.

Bundu said he had not received any assistance, forcing him to sneak back home to get some food for his children, thus risking his life.

“The food we escaped with is almost over. We struggle to get something to eat each day. We share a small room with my family, lying down the whole day doing nothing.”

South Sudan marked ten years of independence from Sudan on July 9, as severe famine threatens the livelihoods of more than 8.5 million out of 11.3 million of its people.

A record 4.5 million children — two out of three — in South Sudan are in desperate need of humanitarian support, according to the United Nations International Children’s Emergency Fund.

“People caught up in the Western Equatoria violence are fleeing their farms to avoid capture by armed groups, thus worsening the famine in the region,” said Emmanuel.

“They kidnap or even behead people in their farms. Survivors only live by the mercy of God.”

He said the health of the displaced persons in the church is deteriorating.

“We are using three school pit toilets, but the majority of the people use bushes to relieve themselves. If we can get a mobile pit toilet, it can help. Many have come to me for medication, but I have nothing to give them. I took some to the hospital, but nurses have fled. The attackers burned down many of the dispensaries with medicines inside. I don’t know what they want.”

Philip Aguer Panyang, an assistant professor in the Department of Security and Strategic Studies at the Institute for Peace, Development and Security Studies, University of Juba, said authorities should establish the motivations for the conflict.

“If it’s ethnically motivated, the government needs to send a delegation to mediate between the communities in Tombura county,” Panyang told Zenger News.

“If they are politically motivated, then identify parties or movements to be addressed. It needs a quick intervention so that no more innocent lives are lost.”

“But the displacements, rampant killing, raping, burning of the houses, and mass destruction of property in Tombura county is true.”

Baiki said over 10,000 people were displaced since the fighting broke out in May 2021.

Most of them are at Saint Mary’s Catholic Church, Gamunake in Tombura, and two internally displaced peoples’ camps in Ezo county.

“In the process, they raped women, ate people’s goats, arrested and abducted youth on the road. They shot two people going about their duties on the way to Namatina: a man who was getting honey and another one who was hunting for bushmeat,” Baiki said.

He said the Sudan Peoples’ Liberation Army-In Opposition forces confronted the youth and pursued them from Tombura as they carried out revenge attacks.

Mark was a divisional commander of the Sudan People’s Liberation Army-In Opposition in Western Equatoria State until March 2020, when he defected to join President Salva Kiir Mayardit.

The tense situation in Western Equatoria prompted state politicians and church leaders to hold an urgent one-week meeting in Tombura on June 24-29.

The meeting brought together representatives of two rival tribes at the heart of the fighting—the Zande and Balanda—their chiefs and security officials for a fact-finding mission ahead of a conference to resolve the conflict.

However, both communities accused the state’s senior officials of fanning the violence, according to Baiki.

“The Balanda complained of being discriminated in terms of chieftainship, political power, and administrative power within the county. They also laid claim to Tombura, which the Zande rejected.”

“The second resolution was for the politicians to sit down and iron out differences. Once this happens, the Western Equatoria state government will ensure all the displaced people return to their homes,” Baiki told Zenger News.

However, officials were forced to hold an emergency meeting on July 19 in the Western Equatoria state capital, Yambio, after an attack on the residence of the paramount chief of Tombura, Mboribamu Baabe Renzi, led to the death of one person.

“The fighting started in the morning in Senapuro village and moved to the palace of the paramount chief, just three kilometers [1.86 miles] away,” Baiki told Zenger News.

“The attackers set the palace on fire and destroyed property. They shot three people, killing one. The previous day [July 18], a car belonging to Tombura county commissioner, Mathew Mabenge, which broke down near Tombura, was set on fire.”

Gizam Moses, the executive director for a local non-governmental organization, Humanity and Community Empowerment Organization, said the culture of misinformation on social media is fanning the violence among the youth.

“We are looking for resources to convene a youth forum in Juba and extend the same to Yambio and Tombura to discourage them from spreading false information and hate speech,” Moses told Zenger News.

“We as Church Leaders will never keep silent and go mute as our faithful people are subjected to violence, which is harming their very sense of life!” Barani Eduardo Hiiboro Kussala, bishop of the Catholic diocese of Tombura-Yambio, said in a press statement on July 19.

“The rapid expansion of the breakdown of law and order, the violence of all types, changing from worse to worst every hour in Tombura town is appalling!

Kussala, who doubles as the chairman of the Interfaith Council for Peace Initiative of Western Equatoria, said the fighting between the Azande and Balanda needs to end.

“The question is: where is the government of South Sudan at all levels when communities turn harmful weapons against themselves? What is the hidden truth in this senseless violence?”