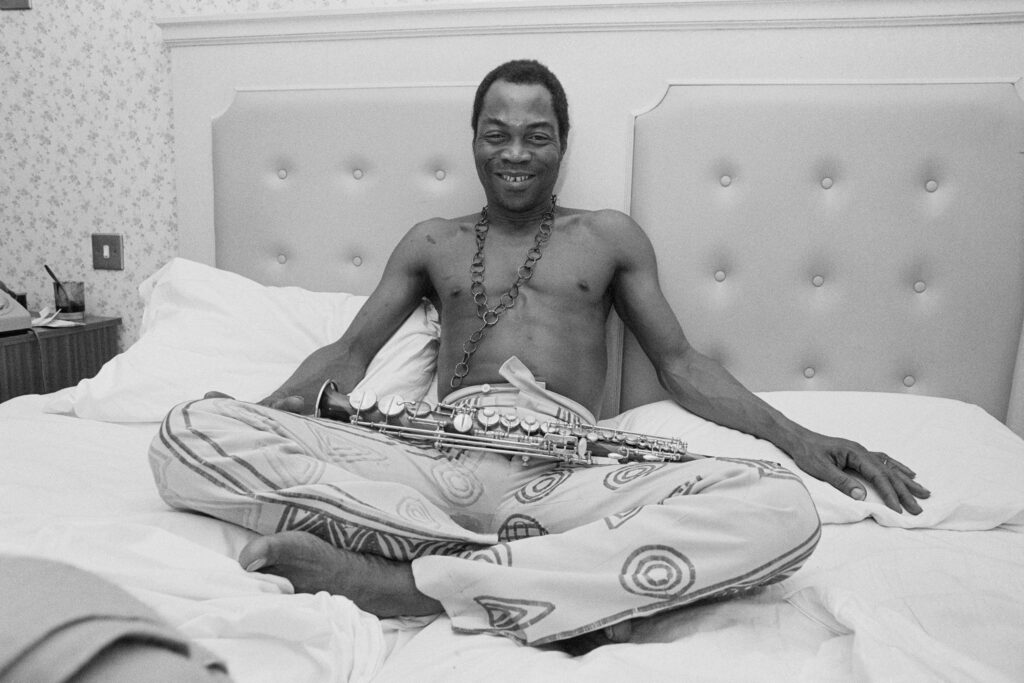 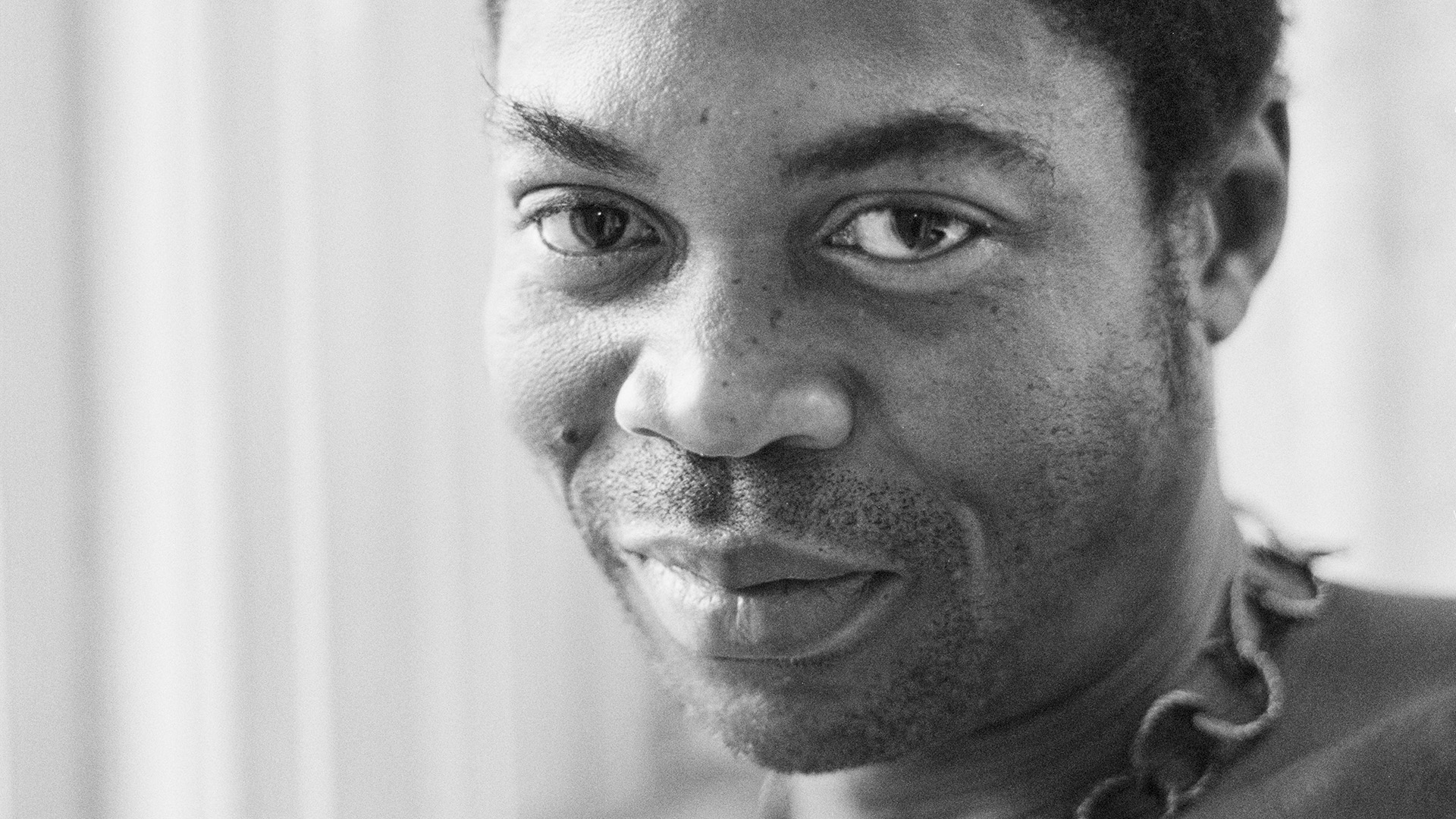 LAGOS, Nigeria —During his lifetime, Nigerian musician and political activist Fela Anikilopa Kuti, who died on Aug. 2, 1997, was a human force of nature who redefined Africa’s music scene.

He married 27 women at once on Feb. 20, 1978, who were his bandmates, but rendered homeless a year before after the military destroyed his self-declaredKalukuta Republicin Lagos.

The source of his tribulations, especially with successive Nigerian military regimes, was his gifted voice, which he used as a weapon to arouse political and social awareness, recording more than 50 albums in the process.

“Through his music, which was mostly critical of White supremacy, he parodied and condemned the successive military dictatorships in Nigeria.”

He encouraged Africans to recover their self-reliance and pride as countries across the continent gained independence from colonial masters in the 1960s, saidFemi Kuti, Fela’s oldest son and leader of the Positive Force band.

“The issues he raised in the lyrics of his songs became increasingly topical,” he told Zenger News.

“He began a style of public speaking he called ‘yabis’ [in Nigerian pidgin] in which he would chastise government officials for their inefficiency or preach a new form of freedom of expression that he equated with the right to smoke ‘igbo’ [marijuana].”

He was born in 1938 to a prominent upper-middle-class family in Abeokuta, southwest Nigeria, in today’sOgun State. He was a cousin of Nigerian Literature Nobel LaureateWole Soyinka.

His parents sent him to England to study medicine, but he somehow found himself as a jazz trumpet student at London’sTrinity College of Musicin the late 1950s, where he began his music career.

He experimented with sound fusion with his first professional group, The Koola Lobitos, after he returned to Nigeria in 1963.

Even though highlife was the most popular genre in Nigeria, the band struggled to find success because jazz was not in demand, prompting Fela to embark on a tour of Ghana in 1968 to find creative inspiration. While in Ghana, he explored more forms of West African music, which influenced him.

“We were hopeful about the new sound,” Idonije told Zenger News.

“And Fela’s subsequent musical progression derived from the popular West African sound, especially the hybrid’s hypnotic and repetitive rhythm. The lyrics he composed for The Koola Lobitos showed a willingness to introduce new subjects into the realm of music.”

Fela remodeled music influenced by West African traditions and made it his own by fusing different genres.

He based his songs on Nigerian music norms, such as call and response chants, West African-style guitars and vocal approaches, and rhythm-driven instrumentals, said Lekan Animashaun, Fela’s Egypt 80 bandleader.

“Not only did Fela incorporate West African customs in his music, but he embraced them in his concerts. He sang largely in Nigerian pidgin and Yoruba and integrated traditional dances into his concerts.”

“He met singer and activistSandra Iszadorewho exposed him to Black Power and pushed him to incorporate revolutionary ideals into his musical work.”

When The Koola Lobitos returned to Nigeria, Kuti declared his Kalakuta Republic, renamed the band to Afrika 70, and changed his lyrics from love to politics, said Idonije.

The Afrika 70 took ideas from the Black Power movement and turned them into powerful critics of Nigeria’s military leadership.

The band’s most poignant record,Zombie, released in 1976, is a 12-minute long satirical attack on the Nigerian military, depicting soldiers as mindless robots serving the dictatorship.

The Nigerian public used the song to strike back at the much-loathed military regime, led by GeneralOlusegun Obasanjo, which responded by sacking Fela’s Kalakuta Republic in February 1977.

Lemi Ghariokwu, the Nigerian illustrator who designed many of Fela’s album cover designs, said by attaching protest themes to an accessible music format for Nigerians, Fela and the Afrika 70 offered a voice to their country’s people.

“That enraged Nigeria’s military dictatorship, and that can be said to be the beginning of confrontations with the authorities,” he told Zenger News.

“Officials became hostile to him because of his political outspokenness, and he was routinely detained and beaten.”

Rilwan Fagbemi, the baritone saxophonist with Fela’s Egypt 80 band, was a student at the time of the attack, remembered watching the assault unfold.

“Over 1,000 soldiers swooped on Kalakuta under the pretense of apprehending the Afrobeat legend for having underage girls in his home,” he told Zenger News.

“The soldiers set the compound on fire. A 16-track recording was burnt to ashes. Many cars were also destroyed. The original voice tapes for the unreleased Fela’s biographical film ‘The Black President’ were damaged beyond restoration. Many master tapes of unreleased recordings got lost in the inferno. I lost one of my eyes during the attack.”

The soldiers flung Fela’s 76-year-old mother,Funmilayo Ransome-Kuti, out of a window on the top floor of the building and died from her injuries in April 1978.

The events inspired Fela’s most emotive album, the 1979 classicUnknown Soldier, referencing the government’s claim that unknown soldiers had destroyed his commune.

The many losses he suffered never silenced him. He composed songs and expanded his message to include prejudice in other nations, such as apartheid in South Africa.

Fela, one of Africa’s most controversial and influential cultural leaders, died due to AIDS complications in August 1997, although he denied suffering from the disease to the very end.

His brotherOlikoye Ransome-Kuti, Nigeria’s Minister of Health from 1985 t0 1992 and a prominent AIDS activist, broke the news of his death.

His sons Femi andSeun Kutihave since carried their father’s Afrobeat legacy while developing their unique take on the musical genre he helped build.

The brothers have also carried their father’s political awareness, and both featured at theEnd Sarscampaigns in October 2020 about police brutality in Nigeria.