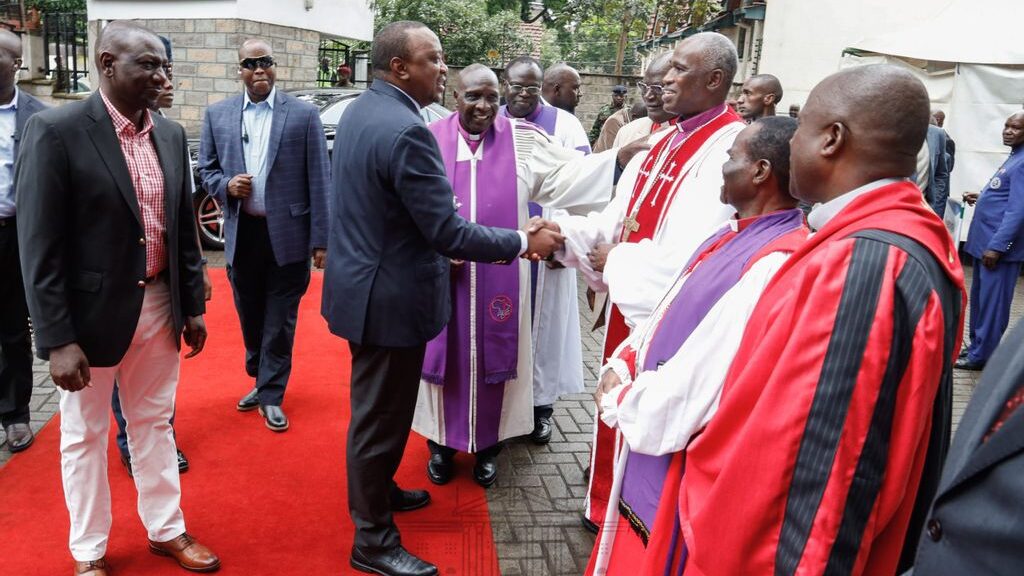 NAIROBI, Kenya —Christine Marita, 36, a former worshipper at theHelicopter of Christ Churchin Kenya’s capital Nairobi, sold all her possessions in 2016, and gave the proceeds to the church’s founder, Thomas Wahome Njuguna, hoping he would pray for her to get her a job.

“I was hopeless after searching for a job for more than five years,” she told Zenger News.

“So, when I visited the church, I requested the pastor to pray for me to get a job. He said I must sacrifice by selling the valuables I had and give the money to the church. Due to my faith in him, I sold most of my household items.”

One year later, Marita was still struggling to find a job.

“I lost hope and faith in church because my miracle never came to be. I realized later that many congregants had fallen prey to the pastor’s requests, and their miracles never materialized. We were enriching him!”

Marita, who now works as a beautician, says that they could not sue the pastor because they do not have any evidence to present before the court.

However, Wahome termed Marita’s claims as “the devil’s work” to tarnish his name.

“The local and international media has written all manner of articles about me,” he told Zenger News.

“This one of Marita is just a drop in the ocean of what I have been through. Let her come with the proof that I conned her. I will not be shaken. My enemies in the ministry are fighting me spiritually for my good deeds to the people.”

Timothy Nzyoki Ndambuki, the chairperson of theNational Council of Churches in Kenya, says that some preachers have turned “wolves in sheep’s clothing.”

“Con artists in the name of religious leaders are harming society,” he told Zenger News, of the breed of protestant preachers who preach that financial wellbeing is God’s reward.

Known as theprosperity gospel, this kind of preaching emerged and took root in the United States in the 1970s and 1980s and was popularized by famous televangelists such asOral Roberts, who died in December 2009.

Criticssay that this form of preaching departs from Christianity’s core values of humility and self-sacrifice and has become an avenue for rogue preachers to enrich themselves off the sweat of their flock.

High poverty levels and the desire to get rich quickly are driving up anexplosive growthof prosperity gospel in Africa in general and in Kenya in particular.

“However, their days are numbered,” Ndambuki told Zenger News.

“These are the only churches that the council can regulate. The remaining thousands are the ones causing havoc. This is why we have many cases of pastors conning their followers by charging them for miracles. It’s absurd!”

A member of parliament,Clement Muturi Kigano, introduced amotionin parliament in 2019 that would have made spiritual leaders in Kenya accountable and transparent financially.

“Unfortunately, the motion did not receive enough support from my fellow legislators,” he told Zenger News.

“Had it been passed into law, it would have tamed religious leaders who are extorting their followers, rendering them poorer and hopeless.”

Kigano, who plans to revive the motion before the next general elections in August 2021, says that most religious leaders con their congregants publicly with false promises of a better life.

“We have pastors who stage miracles to attract more followers. They tell their followers to “panda mbegu” [plant a seed by giving a certain amount of money as an offering in Kiswahili] for them to get a breakthrough in life. This has to stop.”

Ndambuki said they are in talks with the government on whether the state should regulate religious activities.

“We believe that the government has a role to play in this case of uncontrolled and unregulated religious activities. We need laws to restore sanity.”

Al-Hajj Yusuf Murigu, a board member of the executive committee of theInter-Religious Council of Kenya, an umbrella that brings together all major faith communities in Kenya, echoed Ndambuki’s sentiments.

“It is time to clean our house and smoke out all fake religious leaders misleading people by performing fake miracles to fleece them,” he told Zenger News.

Castin Nyambura said in 2019 she fell prey to the wiles of Peter Manyuru, the founder ofJesus Teaching Ministryin Nairobi, who asked her for a $50 fee for a one-on-one special prayer session.

“A friend convinced me of how the pastor performs miracles in his church,” she told Zenger News.

“I hoped to get a breakthrough in my business, but what I saw and heard baffled me. I was to pay for special prayers. Additionally, I was to buy adhesive stickers with inscriptions of the church, which I would stick on my bed and my shop’s door to ward off evil spirits.”

Nyambura left the church with a promise to come back the following Sunday with the cash, which she never did.

Michael Ambenge, an assistant pastor at the church, said that the church sells products “anointed” by Manyuru, but the worshippers are not forced to buy them.

‘We have more than 1,000 congregants who attend the church in sessions,” he told Zenger News.

“Remember, we have bills to be paid. This is why we sell the anointed oil, pens, handkerchiefs, and even notebooks to them.”

“The church is like a marketplace. Not everyone who comes here is serious with the word of God, and therefore we have to keep jokers off by charging anyone who wants to have a one-on-one prayer session with the pastor. Imagine if the pastor was attending to more than 1,000 congregants daily. He will be drained. So we have to charge people.”

There have been curious cases of wealthy worshippers abandoning their careers, deserting their families, and giving their properties to certain charismatic preachers.

For instance, the family of lawyer Jane Njagi accusedDavid Owuorof theMinistry of Holiness and Repentancein 2019 of “brainwashing” her to the extent of making her quit her job.

They also claimed that the preacher had influenced Njagi to vacate her posh apartment in Nairobi to his ministry and cut her off from her family, prompting police intervention.

“We have seen them stage-manage miracles to gain more followers,” he told Zenger News.

“This needs to stop, or else the future of Christianity in Kenya is doomed.”

All places of worship should be registered with theRegistrar of Societiesand must have a minimum of ten persons, according to Section 4 of theSocieties Act.

However, some upcoming churches have less than ten members, while most churches in rural areas are not registered.

However, opposition from religious leaders forced President Uhuru Muigai Kenyatta to ask the Attorney-General toreview the rulesto align with the Kenyan constitution, which guarantees the freedom of worship.

Arnold Maliba, a public policy analyst, said Kenyatta’s move gave the religious leaders in Kenya a feel that they are “untouchable.”

“Since Githu Muigai’s attempt, there has never been any communication on the progress of the amendments to the Religious Societies Rules,” he told Zenger News.

“This explains why we have many unregulated religious activities and unregistered churches in Kenya. Without proper laws, religion will continue to be misused by selfish people.”

Edited by Kipchumba Some and Anindita Ghosh