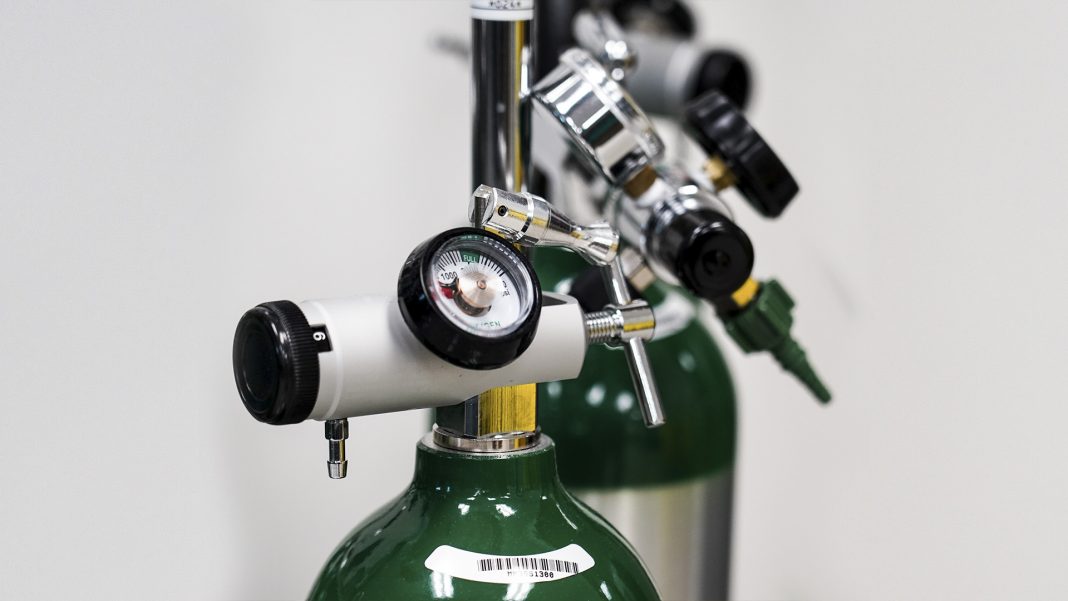 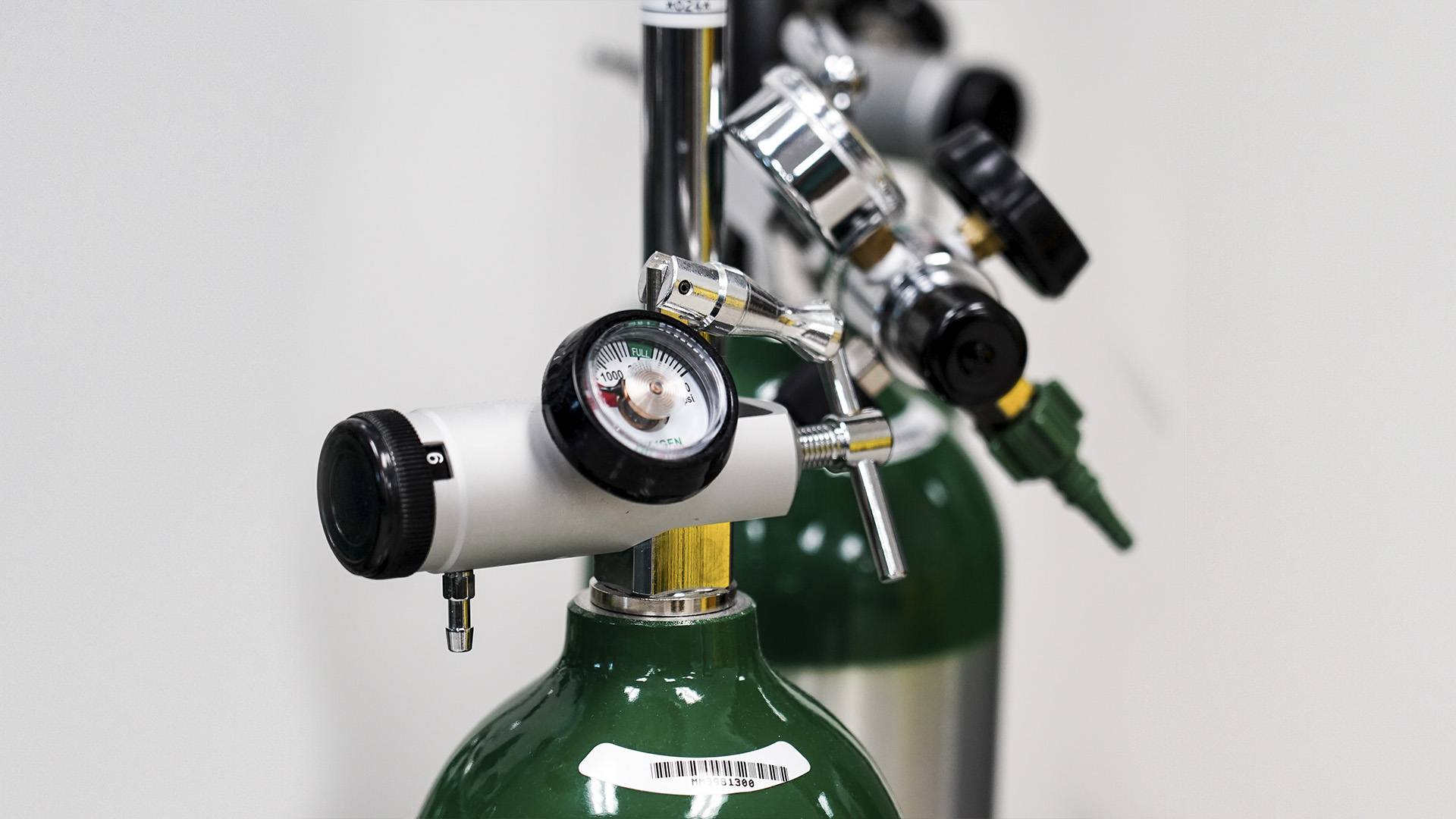 Algiers, Algeria — Rising Covid-19 cases have overwhelmed hospitals across Algeria, many of which have run out of medical oxygen or beds in intensive care units for the rising number of patients.

“Between July 24-30, we received 230 patients at the Oran EHU (Oran University Hospital) seeking treatment and oxygen, while 22 other critically ill patients succumbed to the virus,” Lellou Salah, a professor at the university, told Zenger News.

“Our establishment cannot accommodate more than 200 patients, and it is full. A Turkish company came to our rescue by supplying health facilities around here with about 4,000 liters of oxygen daily, but the situation is still dire.”

A patient with breathing difficulties died at the entrance of Parny Hospital in Algiers on July 25.

“My mother died of suffocation in front of the doctors at the entrance of the hospital without receiving any medical help,” the victim’s son, Amar Nedir, 28, told Zenger News.

“There is no oxygen, yet it is the responsibility of the authorities to provide it to those in need. Where are they when we need them the most?”

The Minister of Pharmaceutical Industry, Lotfi Benbahmed, told the press on July 22 that the national oxygen production was sufficient to support “tens of thousands” of patients.

Figures of the Covi-19 cases given by the health ministry do not reflect the reality on the ground, said Reda Djidjik, head of the immunology service at Beni Messous Hospital in Algiers.

“The number of confirmed cases must be multiplied by 30 to find the exact number of people infected per day in Algeria,” he told Zenger News.

“This is why the majority of hospitals in the country are saturated with critically ill people, but who cannot be attended to because of severe oxygen shortage.”

Yacine Mellal, who works in the morgue at Béni Messous Hospital, told Zenger News that he attends to dozens of bereaved families daily.

“The mortuary is overcrowded every day. The death toll is greater than the carrying capacity of our morgue.”

Rachid Belhadj, director of medical activities at Mustapha Pasha hospital in Algiers, said many patients had lost their lives within a short period.

“That’s a figure never reached since the start of the pandemic.”

At Boughni Hospital in Tizi Ouzou, Kabylie province, more than 70 Covid-19 patients died in five hours on July 26, causing fear and panic in the surrounding villages and towns.

“It is because of the lack of oxygen that these people died,” Samir Ait Amar, who lost both his parents within five days, told Zenger News.

“We asked for oxygen, but the hospital officials told us that they were out of it.”

A viral video posted on social media networks on July 30 shows angry patients and their loved ones protesting outside the Ain Taya hospital in Algiers after waiting in vain for oxygen cylinders.

“What is happening in my country is scandalous,” Youcef Gassemi, who lost a cousin on July 30 at the Ain Taya hospital for lack of oxygen.

“My cousin died in front of my eyes without getting any medical help because there was no oxygen. It is terrible. Where are the authorities?”

There are suspicions that the shortages could be artificial.

Residents of Thénia in Boumerdès district, northern Algeria, discovered a stock of oxygen bottles hidden inside a garage on July 25 as patients suffocated in hospitals in the area.

“People are taking advantage of this misfortune to speculate on the price of oxygen,” Djamel Rayni, a Thenia resident, told Zenger News.

His brother, Smail, developed breathing problems due to Covid-19.

“An oxygen cylinder sells for 70,000 Da [$680]. Where will the poor get that amount of money to buy oxygen cylinders? What is happening in this country is a big scandal.”

“Oxygen is not the only healing solution, which everyone should resort to,” Benbouzid said in a press statement on August 2.

“Even medical publications have recommended how it should be administered. Unfortunately, some patients even die while on oxygen.”

President Abdelmadjid Tebboune ordered a nationwide upgrade of medical facilities during a meeting with the council of ministers on July 25.

“This oxygen crisis is mainly due to the lack of political will to deal with the sick,” Karim Boutata, a member of the Youth Action Rally or Rassemblement Action Jeunesse in French, told Zenger News.

“There is a total absence of the country’s authorities on the ground.”

An online fundraising campaign by the Algerian Medical Network and medical students has raised €627,811 [$736, 905], said Merouane Messekher, a medical intern in Toulouse, France.

He is one of the initiators of the fundraising effort abroad.

In Tizi Ouzou, well-wishers collected the equivalent of $549,000 to install oxygen plants in Azazga, Boughni, Azzefoune, and other localities, according to Said Nath Oufella, a volunteer coordinating collection operations across the country.

The Delta variant of Covid-19 represents 71 percent of the viruses circulating in the country, according to data from the Pasteur Institute of Algeria.

This rate is expected to rise to more than 90 percent in the coming weeks, according to its projections.

Authorities introduced new restrictive measures in 35 of the country’s 58 prefectures, where the virus is spreading fast.

The government extended an 8 p.m. to 6 a.m. curfew for ten days in the affected provinces, including Algiers, on August 15.