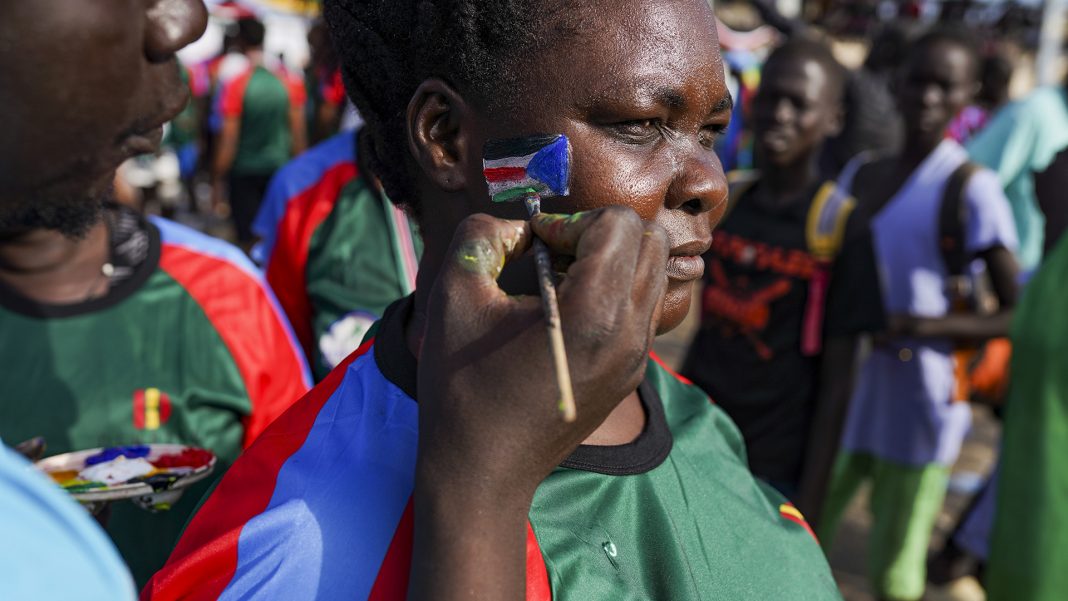 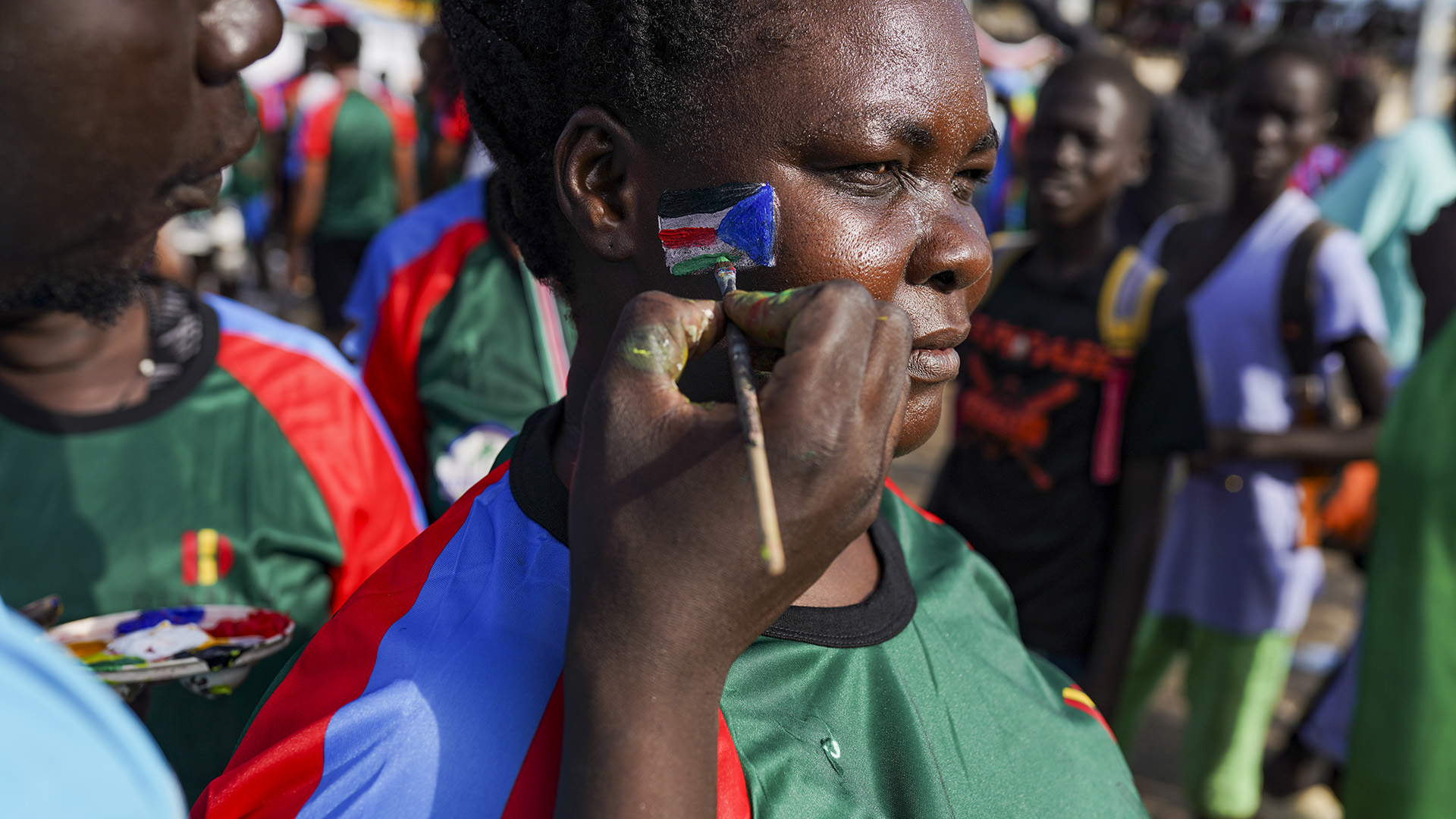 JUBA, South Sudan —South Sudan marked ten years of independence from Sudan on July 9, as severe famine threatens the livelihoods of more than 8.5 million out of 11.3 million of its people.

60-year-old Keji, a resident of the country’s capital, Juba, who preferred to use only one name for fear of possible reprisal from security officers, said she struggles to find food for her family.

“Look at how we have lost weight,” she told Zenger News.

“Is there any food for us? All of us are not urban residents or formally employed. We are not people who depend on money to buy food. We grow our own food, but we are now suffering.”

A record 4.5 million children — two out of three — in South Sudan are in desperate need of humanitarian support, according to theUnited Nations International Children’s Emergency Fund.

“The hope and optimism that children and families in South Sudan felt at the birth of their country in 2011 have slowly turned to desperation and hopelessness,” said the fund’s executive director Henrietta Fore.

“The childhood of many ten-year-old children in South Sudan today has been beset by violence, crises, and rights abuses.”

The organization noted that some 8.3 million people in South Sudan need humanitarian support, a much higher number than the levels seen during the 2013-2018 civil war, ranging from 6.1 million to 7.5 million people.

On July 9, 2011, the country gained independence through a referendum, ending more than two decades of the liberation struggle from Sudan in a civil war that left more than 1.2 million people dead.

However, two years later, a brutal, ethnically-driven conflict broke out in mid-December 2013 between President Salva Kiir Mayardit and his former deputy, Riek Machar Teny, from the rival Dinka and Nuer tribes, respectively.

Although accurate figures are hard to come by, more than 400,000 people have been killed since 2013 and an estimated 2.27 million displaced as refugees and asylum seekers in neighboring countries, according to the most definitive research done on the human cost of the conflict by theLondon School of Hygiene and Tropical Medicine.

In its message on the eve of independence day anniversary, theSouth Sudan Council of Churchesdescribed the first ten years of the country’s independence as “a wasted decade” in a statement signed by seven bishops.

“We are at a standstill in many ways,” Isaiah Majok Dau, the General Overseer of Sudan Pentecostal Church, told reporters at a press conference.

“Painfully, millions of our citizens, who were hopeful and jubilant on this day ten years ago, were suddenly impoverished, made hopeless and reduced to extreme dependence on humanitarian assistance,” Dau said, adding that “with pains in our hearts, there is little to celebrate.”

“Conflict has become the context in which we are evolving with rampant proxy inter-communal violence, increasing cases of sexual violence, revenge killings, land grabbing, and child abduction,” Dau said.

In his televised address from State House, Juba, Kiir granted a full pardon to 15 political prisoners as a reconciliatory gesture.

Since his government signedpeace and ceasefire agreementswith opposition parties in September 2018, Kiir said relative peace has been holding for nearly three years.

“The holding of the cessation of hostilities is because of the new spirit of dialogue among the parties to the agreement, which has reduced the huge trust deficit that existed before the signing of the revitalized peace agreement,” Kiir said.

He said the priority of theRevitalized Transitional Government of National Unityis the full implementation of the peace agreement with a focus on security and economic reforms.

Kuac Wek Wol, undersecretary for the Ministry of Culture, Youth and Heritage, said the people of South Sudan are hopeful for a more prosperous next decade.

“One can tell that ten years down the line, negative things outweigh the positive, especially the civil war that broke out,” he told Zenger News.

“Whatever happened—the suffering of children, malnutrition, food insecurity—all are because of the war and insecurity. But now things are starting to go back to normal.”

However, Abraham Kuol Nyuon, a professor of political science at theUniversity of Juba, said there is no willingness from the government to provide services to the people.

“So, if the UN agencies could not provide for these malnourished children, then we expected the government to respond very quickly, which it has not,” he told Zenger News.

Bosco James, a farmer in Torit, the capital of the state ofEastern Equatoria, said non-governmental organizations, such asCordaid, used to give farmers seeds and guidance against adverse weather, pests, and diseases.

“Now the crops are being affected by diseases and pests, but the same NGOs who supplied us with pesticides are nowhere,” he told Zenger News.

“We, the farmers, are going to suffer a lot.”

James said irate youth groups target aid workers whom they accuse of unfairness in their recruitment policies by allegedly neglecting the locals.

Sarah Abeja, an activist with the Women Partners for Health in South Sudan, said rampant insecurity is one of the causes of the famine that has gripped the country.

“With peace, we can till to our lands without fear of being raped in the bushes,” she told Zenger News.

“We are not expecting the government to feed our children—just ensure there’s peace.”

During his independence day address, Kiir said they are engaging holdout groups of the South Sudan Opposition Movement Alliancethrough the Sant’Egidio, Rome,mediationprocess.

“We are committed to reaching an agreement with our brothers and sisters in South Sudan Opposition Movement Alliance to end insecurity in our country.”

He increased the salaries of civil servants by 100 percent and directed the ministries of Finance and Planning and Petroleum and Mining to dedicate 5,000 barrels of the Nile Blend per day to regularize salary payments.

“Let us work together to recover the lost decade and put our country back on the path of development in this new decade.”