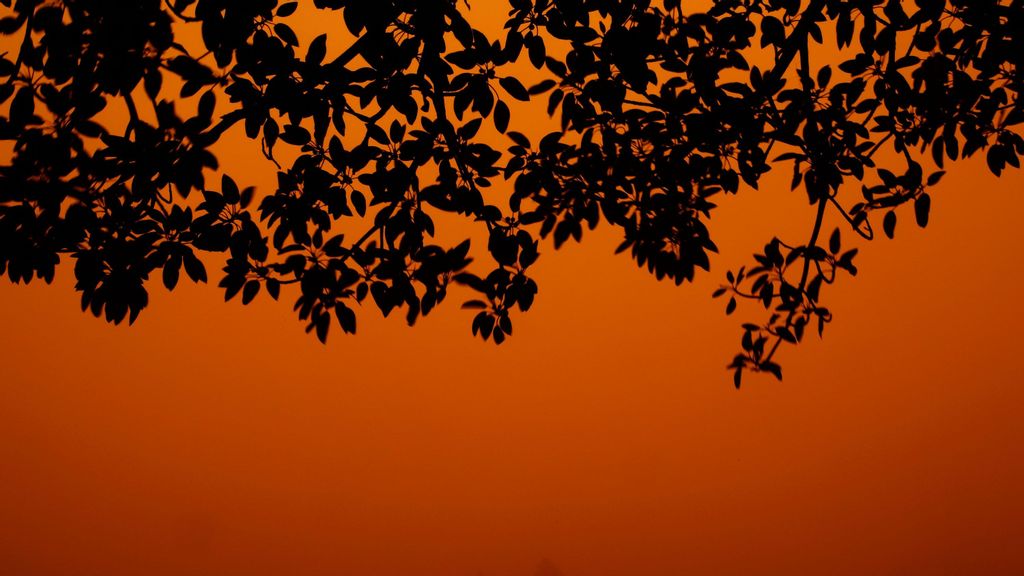 Many people woke up to an apocalyptic-looking sky straight from a science fiction film this week across Europe. A plume of dust spread from Africa all the way to the Swiss Alps and into England, and the dust was so thick in some places that skies turned orange, ski slopes became stained and air quality was severely impaired.

Many cities ended up being covered by a thin coating of dust. In Madrid, Spain’s capital city, video footage showed cars parked along the streets that had collected dust on their exteriors on Tuesday, while city workers could be seen hosing down streets.

In France, a video from The Associated Press showed two snowboarders cutting white lines through the red-tinged snow in France’s Pyrenees Mountains.

Storm Celia was a windstorm that brought about 56 mph (90 km/h) winds, heavy rainfall and rough seas to much of mainland Spain, according to Spanish News Today.

The rain caused the suspended dust particles to fall to the ground, making it seem as though it was raining mud in some locations.

The dust cloud, which formed over Africa where winds sweeping across the Sahara Desert picked up dust and sand, could be seen primarily over Spain on Monday but expanded to Portugal, France, Switzerland and northern Italy on Tuesday. The dust could be seen on satellites as far away as Greece and southeastern England by Wednesday.

The jet stream had been set up to allow the dust to be blown from Africa across the Mediterranean Sea and over Western Europe.

“It’s not unusual or not unheard of to have dust particles in the atmosphere transferred at such to such a large extent,” Porter explained. “But I think, in this case, it was the fact that we had such a slow-moving weather pattern across Europe that really resulted in this being a problem over several days.”

Each year, more than 100 billion tons of dust blow out of North Africa by strong seasonal winds and a few times a year, strong winds from the south blow the dust north towards Europe, according to NASA.

These events have a major role in the Earth’s climate and biological systems. A dust storm can fertilize ocean ecosystems by providing iron and other minerals to plants and phytoplankton. It can darken a snowpack, resulting in more rapid snowmelt than average. But most importantly, it can degrade air quality and have adverse health effects.

On Tuesday, the dust storm created poor air quality across Spain and Portugal. Air quality levels reached “dangerous” levels on Tuesday but have since returned to a “fair” level, which is generally acceptable for most individuals.

Spain’s national weather service described the event as “extraordinary,” according to The Associated Press.

“This is an intense event, but this type of event typically occurs once or twice a year, normally in February or March, Carlos Pérez García, a researcher at the Barcelona Supercomputing Center, told The AP. However, Spain’s weather service noted that the amount of dust in the air did not break any records.

According to Tyler Knowlton, the director of communications, communities and partnerships at Plume Labs, an environmental technology company that AccuWeather acquired earlier this year, the dominant pollutant during a dust storm, like the one that affected much of Western Europe this week, is a particulate matter (PM), which is also known as aerosols.

“PM can penetrate into our respiratory system, causing simple eye or throat irritation, or more serious issues in our lungs, hearts and brains,” said Knowlton. “According to the World Health Organization (WHO), particulate matter is the most dangerous type of pollution when it comes to human health.”

Knowlton recommended people across the dusty area, especially those who suffer from respiratory diseases, should wear face masks and avoid outdoor activities.

Air quality levels have already improved in parts of the continent and will continue to do so in the coming days, experts say. To check air quality forecasts for your area, select “Air Quality” from the drop-down menu on the right-hand side of AccuWeather.com.

For the latest weather news, check back on AccuWeather.com. Watch the AccuWeather Network on DIRECTV, Frontier, Spectrum, fuboTV, Philo, and Verizon Fios. AccuWeather Now is now available on your preferred streaming platform.

Produced in association with AccuWeather.com.