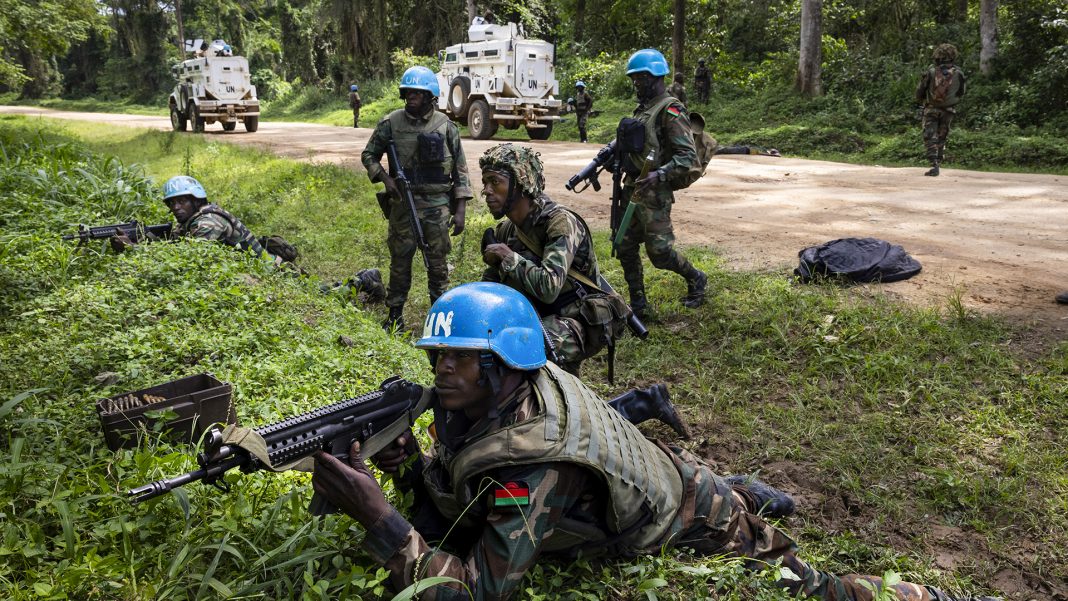 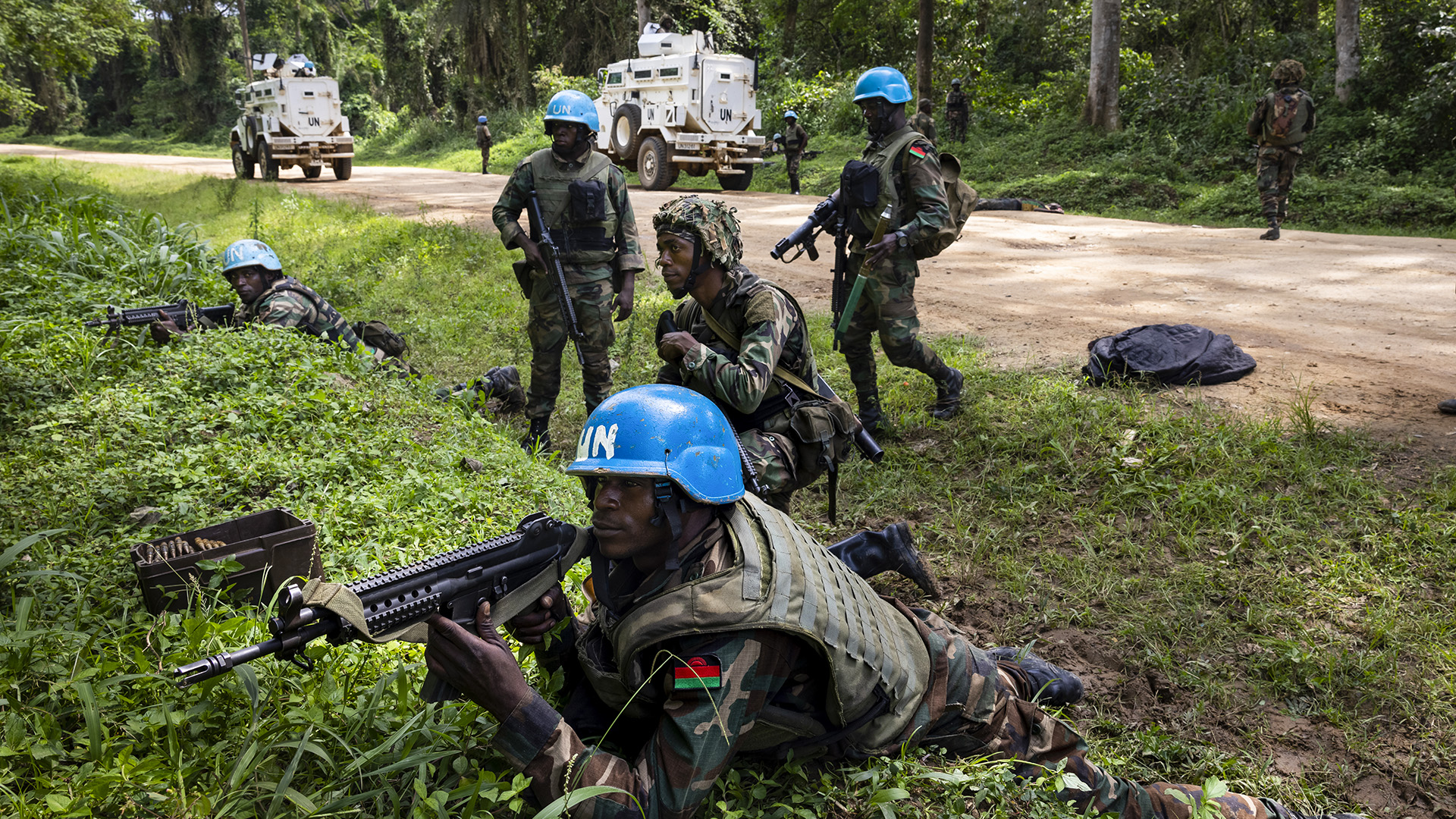 GOMA, République démocratique du Congo — President Felix Tshisekedi of the Democratic Republic of Congo placed the restive Ituri and North Kivu provinces, in the east of the country, under a state of siege on May 3, replacing civilian authorities with the military and police.

The move was to curb violence that has rocked the region for years, which authorities attribute to the Allied Democratic Forces, a militant group that has pledged allegiance to the Islamic State.

Attackers believed to be from the group killed 19 people on Aug. 27 in Kasanzi village in the Beni territory of North Kivu, despite the heightened military presence.

Tired of endless violence and the ineptitude of the civilian authorities to curb it, ordinary Congolese welcomed the military take over.

However, three months later, hope is quickly turning into public despair as the military authorities and the elected provincial deputies squabble over rising insecurity.

“The deputies are free to express themselves,” Brigadier General Sylvain Ekenge, Nkashama’s spokesperson, said on Aug. 16 during a broadcast on the military radio station in Beni.

His broadcast was under the theme: “What is behind the media war launched by a group of provincial deputies from the North [Kivu]?”

“Free expression is allowed, but when you walk against the search for peace, you are walking against the state of siege which seeks peace. You are against peace, and you are for those who kill, those who cutthroats, those who bring insecurity in this part of our country.”

In response, 20 deputies condemned Ekenge for “lacking respect” for the people of the region.

“The…defamatory remarks supported by threats and public intimidation border on the lack of professionalism in communication from the army in this exceptional situation,” they said in a statement on Aug. 17.

Over 430 people have been killed in the territory and city of Beni in North Kivu and the regions of Irumu and Mambasa in Ituri since the beginning of the martial law, said Alain Siwako, a national deputy of Beni city.

“The President proclaimed the state of siege in haste; thus, the budget [for it] came a month and a half later,” he told Zenger News.

“And since there was little for the soldiers to do during this [transition] period, the massacres did not stop. This is why people believe that nothing has gone well during the state of siege.”

However, Kivu Security Tracker, which maps unrest in the region, also said the state of emergency had not improved the regions’ security situation.

“Despite what the Congolese authorities announced, there have been few military operations since the onset of the state of siege, and civilian security has deteriorated in North Kivu and Ituri provinces,” said the organization in one of its reports in mid-June 2021.

Some deputies claimed that the military authorities had sidelined them in the security affairs of the two provinces, worsening the situation.

“There are some local deputies who are listened to more by the grassroots than us; we must respect them,” Grégoire Kiro, national deputy sitting in capital Kinshasa, told Zenger News.

“It wasn’t a good idea [for the military authorities] to sideline them. They suffered humiliation, bullying [at the hands of military officials] and reacted as best they could.”

Asked about the accusations by the military leadership that politicians continue to maintain armed groups in the region, he said: “This is slander, this is libel, and it must stop. We are fed up with this generalization. If some of us are in these stories, name them and bring them to justice.”

The civil society and the inter-community peace groups in North Kivu asked the military and the deputies to cease inflammatory statements and give peace a chance.

“The tension between the two camps is caused mainly by the absence of a feasibility study and realistic planning before the proclamation of the state of siege,” Vicar Batundi Hangi, vice-president of Urban Civil Society in Goma, said in a press release on Aug. 19.

The deputies had a meeting with the military governor on Aug. 20 to find an amicable working arrangement.

“We washed our hands. We are now on the same page with the governor, but we have expressed our desire to see the military spokespersons change their communication tactics,” Siwako told Zenger News.

Army spokesman Major Guillaume Njike Kaiko said he is hopeful for a better working relationship between the military rulers and the elected deputies.

“We are all working for one goal, which is the restoration of peace. I tell you that we are in good collaboration with the elected representatives of the people.”

However, he accused social media activists of being at the root of the discord between the actors of the state of siege.

“You see, everyone is improvising to be a journalist on social media,” he told Zenger News. “Ultimately, it creates mistrust that drives a wedge between the army and the population.”

Tshisekedi announced on Aug. 15 that the United States would soon deploy a contingent of special forces to the region to help the Congolese army battle the militants.

The troops would “provide support to the (army) in the fight against terrorism and to the guardians of the Virunga and Garamba national parks, which have become a sanctuary for terrorist forces,” he said in a statement.