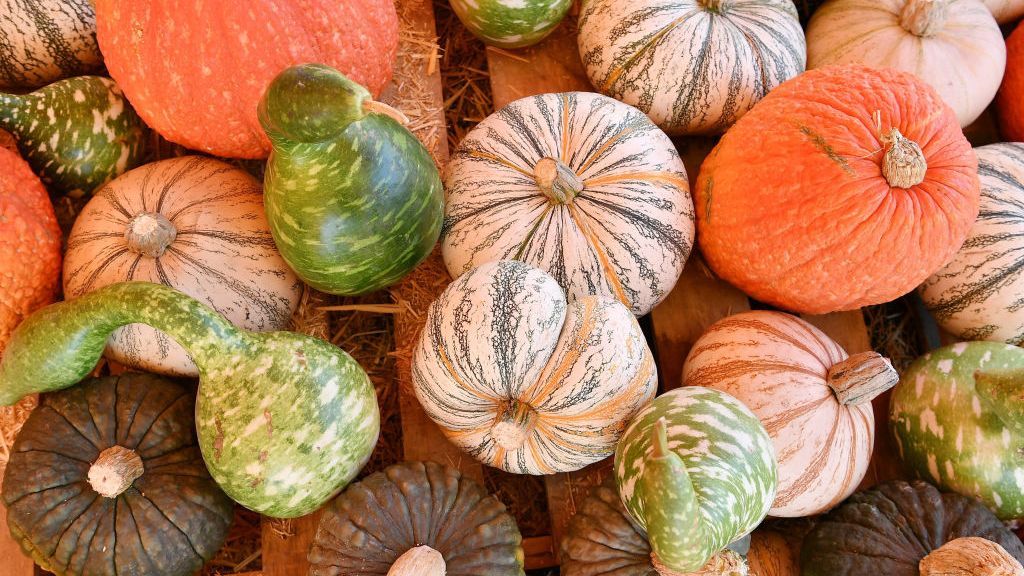 For generations, innovative Egyptian farmers have developed pumpkins adapted to local conditions that may now be threatened by varieties imported by foreign corporations, which are not bred to match the local environment.

Emad Mady, a researcher at University of Massachusetts-Amherst, traveled through the fertile Nile Valley, visiting traditional farmers and collecting the seeds of different types of pumpkin.

“Our goal,” said Mady, “is to determine which pumpkin cultivars are best suited for the local environments, and then use these cultivars as the basis for furthering pumpkin production in Egyptian agriculture.”

Mady is the lead author of a paper appearing in Molecular Biology Reports, which identifies molecular and biochemical differences among the nine distinct varieties of pumpkin grown in central and northeastern Egypt. The research team believes their study is vital for identifying the best varieties for conservation and improvements to defeat food insecurity across the world.

Pumpkins are touted for their health benefits as they provide vitamins A, B, C and E, as well as nutritious protein and fat. They also contain believed to combat reproductive malfunctions and cancer.

The Egyptian government has promoted their cultivation because they require less water than other crops, resist salinity and yield plenty of high-grade foodstuffs. The squashes are iconic in Egypt, where a round, white version is common.

The generations of work by independent farmers may now be threatened by large agricultural companies that have introduced foreign seeds that are not adapted to local conditions, the scientists said. These new varieties may threaten the survival of native varieties, thus endangering food security in an unstable climate.

For the study, Mady worked with researchers at Al-Azhar University and the Agricultural Genetic Engineering Research Institute, where the seeds he collected from the farmers were tested. On a molecular and chemical level, the tests identified the fat, protein, moisture, carbohydrate and mineral content of the local pumpkin varieties, as well as the genetic markers that are hallmarks for each.

On reviewing the work done in Egypt, the team at UMass Amherst and Springfield Technical Community College discovered broad variations in the nutritional values of the samples studied. The team also found that these varieties, cultivated by generations of traditional farmers, may become the basis for highly nutritious pumpkins that are well adapted to Egypt’s specific environment.

“One of the biggest problems in meeting the world’s food security challenges is an international collaboration that can integrate local knowledge and resources to bring about positive change. This research is a model of how the small farming community and the scientific community can work together to address these pressing needs,” said study co-author Timothy Randhir, who teaches environmental conservation at UMass Amherst.

Among the foreign companies offering seeds and other products to Egyptian farmers are Rotam, Bayer, Seminis, US Agriseeds and Betaseeds. Bayer, based in Germany, acquired U.S.-based Monsanto for $66 billion.

Monsanto had developed genetically modified seeds that resist weed-killing herbicides such as glyphosate and dicamba. Glyphosate was also developed by Monsanto and marketed under the Roundup brand. Monsanto’s seed lineup as of 2012 included alfalfa, canola and sugarbeets, dubbed “Roundup Ready” for resisting the herbicide used by farmers to control weeds.