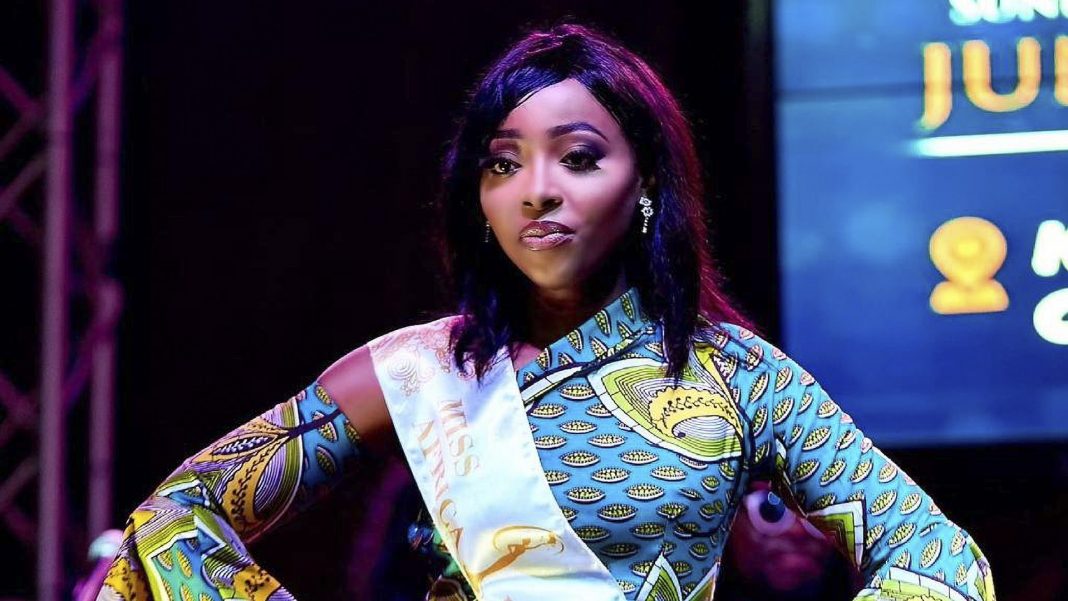 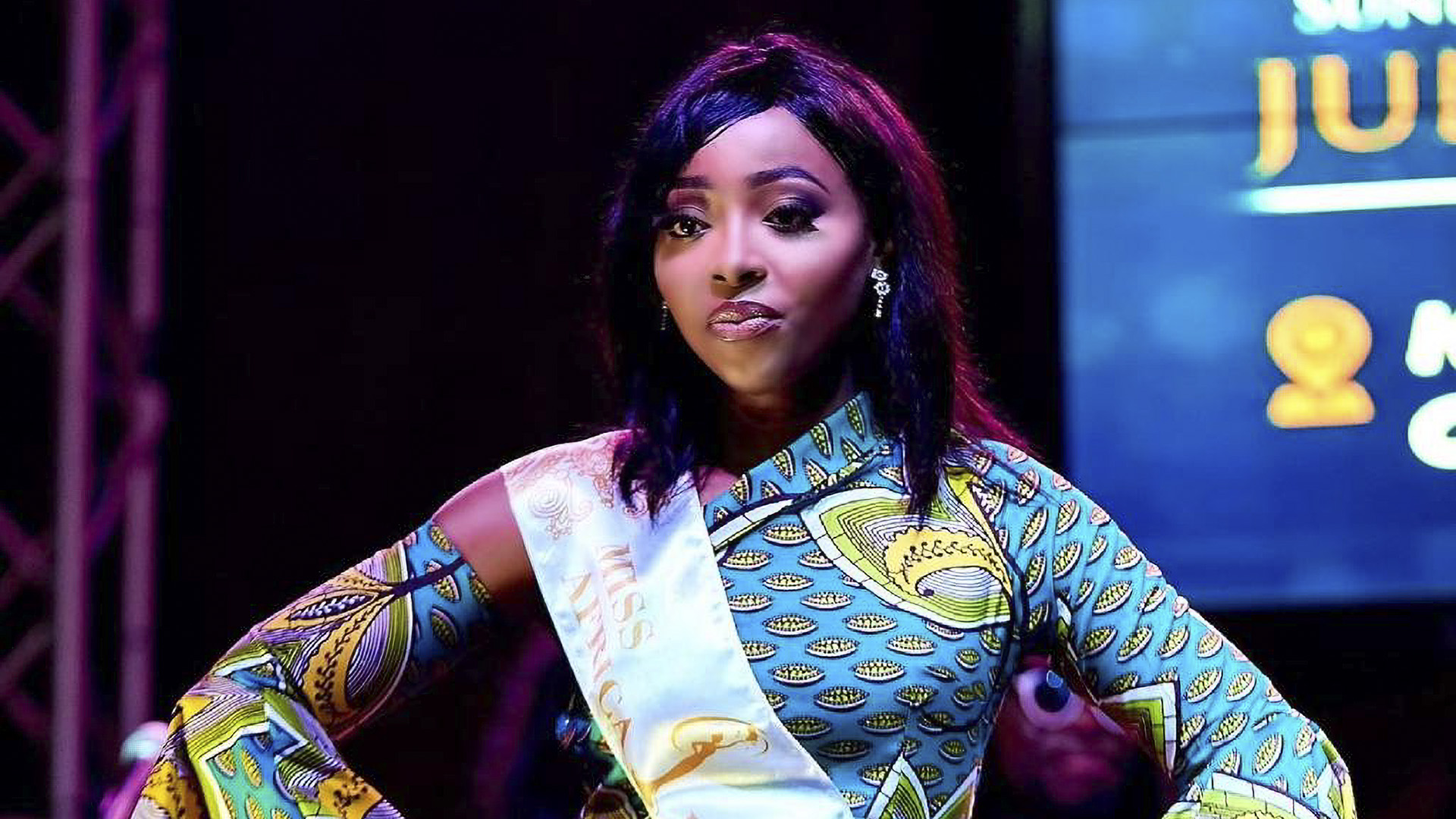 But winning wasn’t all she set out to accomplish. She also wanted to make a statement: blending activism and pageantry in a manner that has gotten her global attention.

Footage from the June 13 event that has since gone viral on social media shows Udeh strutting down the aisle, waving a bloodstained Nigerian flag.

Through the gesture, Udeh sent a message of solidarity to the many lives lost to Nigeria’s police brutality, especially the notorious Special Anti-Robbery Squad, which sparked the #EndSars movement in October 2020.

“Rather than being individualistic, I believe it must have a social component to it, as well as a purpose that must be communicated.

“I wanted to use that platform to convey a message about Nigeria’s bloodletting. I wanted to raise awareness about what happened during the #EndSars protest and the spate of insecurity in Nigeria. More importantly, I wanted to identify with young people like myself who desperately need institutional reforms to improve the lives of Nigerians in general”.

Pageants used to be associated with shallowness, as they were used as an excuse for men to judge women only based on their beauty, she said.

This has changed in recent years as the beauty pageant industry has sashayed towards diversity, with televised shows bringing to light themes that contestants are passionate about.

Nancy-Olive, the 2014 winner of the Carnival Calabar Queen Pageant, said that beauty pageants are hugely popular spectacles at the confluence of gender and nation, with the crowned winners revered not simply for their beauty but also for their achievement and ability to influence society.

“While beauty queens must have grace and beauty, pageants should focus more on how young women are seeking to overcome the insecurities of (urban) Nigerian life and how they can help them utilize their platforms to negotiate individualism and communal aspirations,” she told Zenger News.

Udeh’s zealousness about the welfare of her country’s youth is tied to her belief that youth representation in her home country is critical for the country’s development.

“Politicians make several decisions on behalf of their countries, and youth are an integral element of any society. As a result, the mass of youth in Nigeria should have a voice in decisions that impact them. As a result, youth participation in politics is critical since it can reflect societal demands. I hope that in two years, the number of young people participating will increase so that appropriate law may be enacted to ensure better living conditions”.

The idea that pageants are public cultural spectacles with big in-built audiences that may also function as a protest platform is shared by Ezinne Akudo, the Creative Director of the Most Beautiful Girl In Nigeria pageant.

After winning the Most Beautiful Girl in Nigeria in 2013, she became involved in activism and now works with her non-governmental organization, The Eight Foundation, to raise awareness about sexual assault and child marriage.

“My idea of a beautiful lady challenges the stereotype that beauty queens are just concerned with appearances,” she told Zenger News.

“She must also be socially conscious and devoted to having a positive impact on the lives of her generation, from all walks of life.”

Udeh said she grew up in a world where a woman who looks like her was never considered beautiful with her kind of skin.

“I wanted to prove to myself and others that I can defy beauty standards and that my flaws are part of what makes me unique.”

Despite not winning first place, she won the “people’s choice” category, which she claims she is comforted by since no one else has ever performed an act like hers at an African pageant.

“I feel bravery is a crucial component missing in young African girls and women for a long time–not because we don’t want to be brave, but because of the stereotypes that society has placed on women. I believe it is time to put an end to this “.

Udeh was born and raised in Lagos, Nigeria’s commercial capital, where, at the age of 18, she began walking the ramp at a local modeling academy.

As one of the dozens of aspiring Nigerian beauty queens who have taken to the skies to work as models abroad, she recognized the Miss Africa Russia contest as an exciting opportunity to represent her homeland in international beauty pageants.

“My dream of being a beauty queen was not going to stop just because I arrived in a new country,” said Udeh, who combines runway modeling with her medical studies.

As she prepares for the next pageant, Udeh hopes that the jury sees her as a cosmopolitan lady who has traveled the world to pursue her dreams rather than just for her physical beauty.

She aspires to be a motivational speaker and work with young people suffering from low self-esteem.

“A beautiful woman is not simply a woman with perfect skin, but someone with a heart, thoughts, and a sense of purpose.”