Home Africa ‘My Children Are Determined To Kill Me’: Plight Of Kenya’s Elderly Accused... 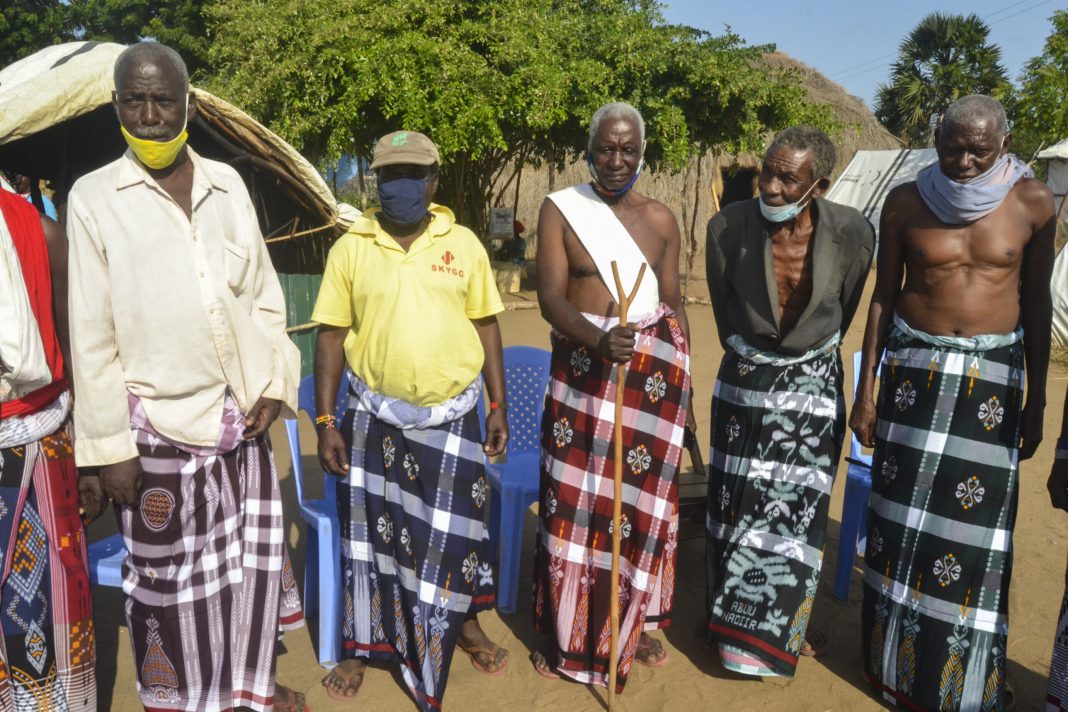 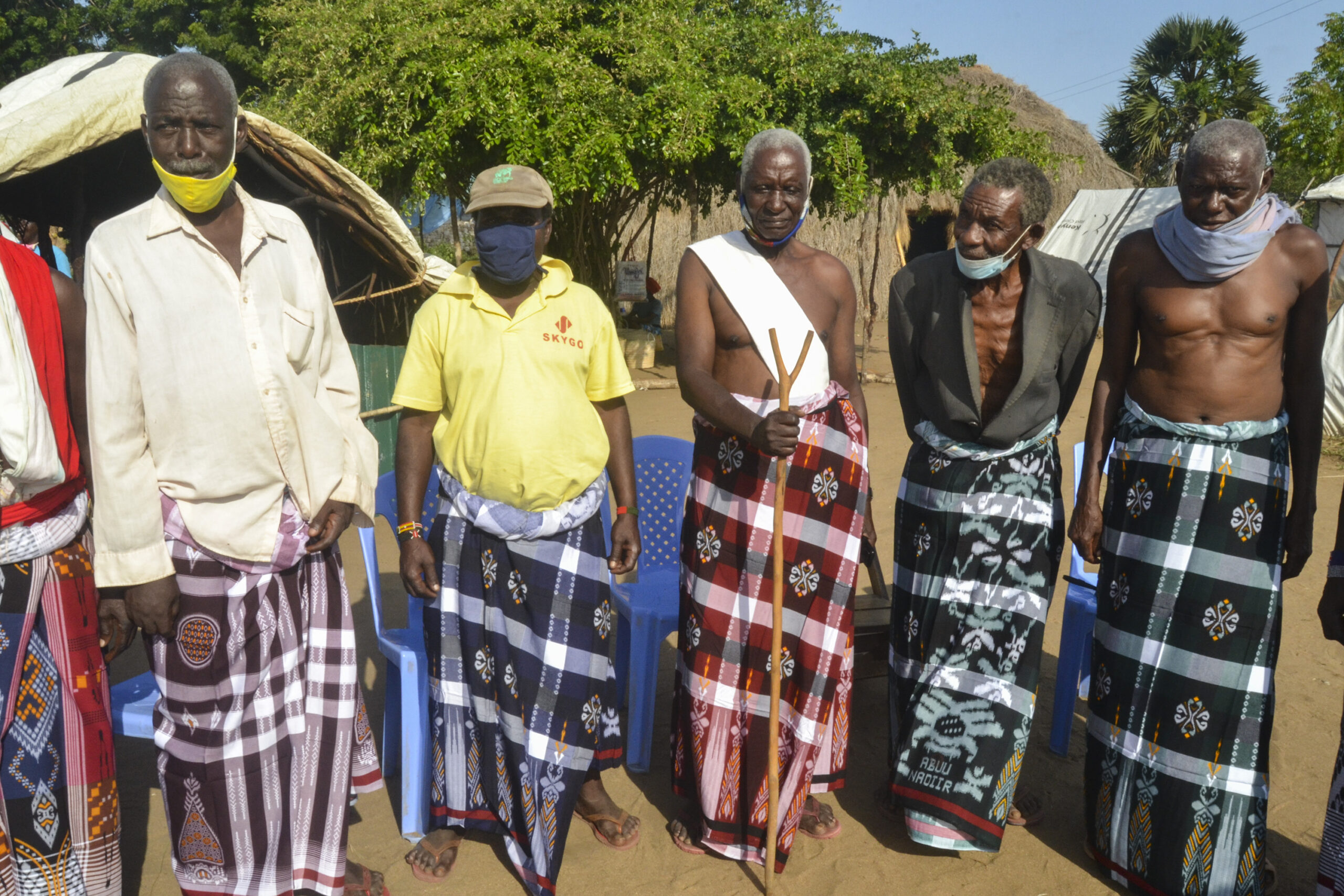 KILIFI, Kenya — Banda Charo Mwagezi, a 77-year-old father of six from the Baricho village in Magarini, Kilifi County, on Kenya’s coast, has escaped death twice at the hands of his family members.

In 2018 his house was set on fire in the middle of the night as he slept.

“I managed to get out of the house on time but failed to escape the hands of my family members baying for my blood,” he told Zenger News.

His attackers accused him of practicing witchcraft; an allegation, authorities say, is being leveled at the elderly of the Mijikenda community by their children to grab their wealth.

“They beat me to near death. I was hospitalized for several months for treatment, but none of my children bothered to visit or even apologize for what they did. I am so bitter about them.”

Following the attack, Mwagezi was forced to abandon his hard-earned wealth, including 126 hectares of land and livestock, to live in a rescue center for victims of such attacks.

He moved to the rescue center after the first attack in 2012.

“I came back home in 2018 thinking things might have changed, but I was wrong. I realized my children are determined to kill me.”

Charo is just one among hundreds of elders on Kenya’s coastal areas living in fear of being killed on witchcraft allegations without proof.

Mkamburi Mwanza, a widowed mother of nine from Kilifi County, was chased from her matrimonial home by her children in 2011; they accused her of sorcery.

“My daughter was sick, and we as a family decided to seek help from a traditional healer,” she told Zenger News.

“However, he poisoned their minds against me, saying I was behind my daughter’s ailment. They believe I am a witch and chased me away from home. I am living like a refugee in a rescue center because of my children.”

Of her nine children, only a daughter, who passed on in 2019, believed in her innocence, she said.

Mkamburi’s husband was killed by villagers over witchcraft allegations too. She said villagers tortured her husband with the help of some of their family members before setting him on fire.

She lives in constant fear of what might happen if she tries going back home, let alone getting justice for her husband.

“I want justice for my husband, but I fear they might come for me here at the rescue center and kill me.”

Each year, more than 400 older people are killed in Kenya’s coastal region, with over 1,000 facing death threats, according to Joseph Karisa, the founder of Mekatilili Wa Menza Cultural Resource and Rescue Center in Moi Village Magarini constituency.

The center, which hosts 134 elders, is one of two havens created by well-wishers, with the support of the Kilifi County government to protect the elders on the run from their families.

The other center is the Kaya Godoma Rescue Center in Vitengeni division, Ganze constituency, Kilifi County.

“Most of these elderly people are attacked with no evidence linking them to witchcraft,” Karisa told Zenger News.

“Young people are killing them to inherit their wealth. When you live long, you became a hindrance to your children’s greed. Therefore, they look for an excuse to eliminate you. In reality, these cases have nothing to do with witchcraft.”

He said most of the victims are either hacked to death or set on fire.

Karisa has teamed up with lawyers and area leaders to protect the rights of vulnerable older people.

He told Zenger News they are currently pushing for a change of the colonial-era Witchcraft Act, which, he says, does not accord with the 2010 Kenyan constitution.

Section 6 of the Witchcraft Act says:

“Any person who accuses or threatens to accuse any person for being a witch or with practicing witchcraft shall be guilty of an offense and liable to a fine not exceeding five hundred shillings or to imprisonment for a term not exceeding five years.”

But Samuel Kazungu, an advocate for human rights and the chairperson of Pwani Social Justice Center,  said sections of the Act could be abetting the vice inadvertently.

“There is need for parliament to change Section 9 of the Act, which gives power to local authorities to allow people suspected of practicing witchcraft to reside in specific places,” he told Zenger News.

“With those powers, local authorities wield significant influence on the guilt or otherwise of suspected witches. That should not be the case. Additionally, the government and non-governmental organizations should sensitize the local community to reject such harmful, backward cultural practices.”

Coast Regional Commissioner John Elungata ordered security officials in the area to record details of older people aged 50 and above to ensure they are safe from threats and attacks.

“There is a challenge in addressing these cases because the perpetrators are family members who cover for each other,” he told Zenger News.

“Often, they are uncooperative to investigators. Without solid evidence and witnesses, we cannot charge anyone, and the cases die.”

He said that security at the rescue centers would be increased following cases of family members breaking into the centers to attack the elderly.

“These rampant killings call for tough action from us. Police officers who do not handle these cases judiciously and expeditiously will be dismissed.”

The post ‘My Children Are Determined To Kill Me’: Plight Of Kenya’s Elderly Accused Of Witchcraft appeared first on Zenger News.