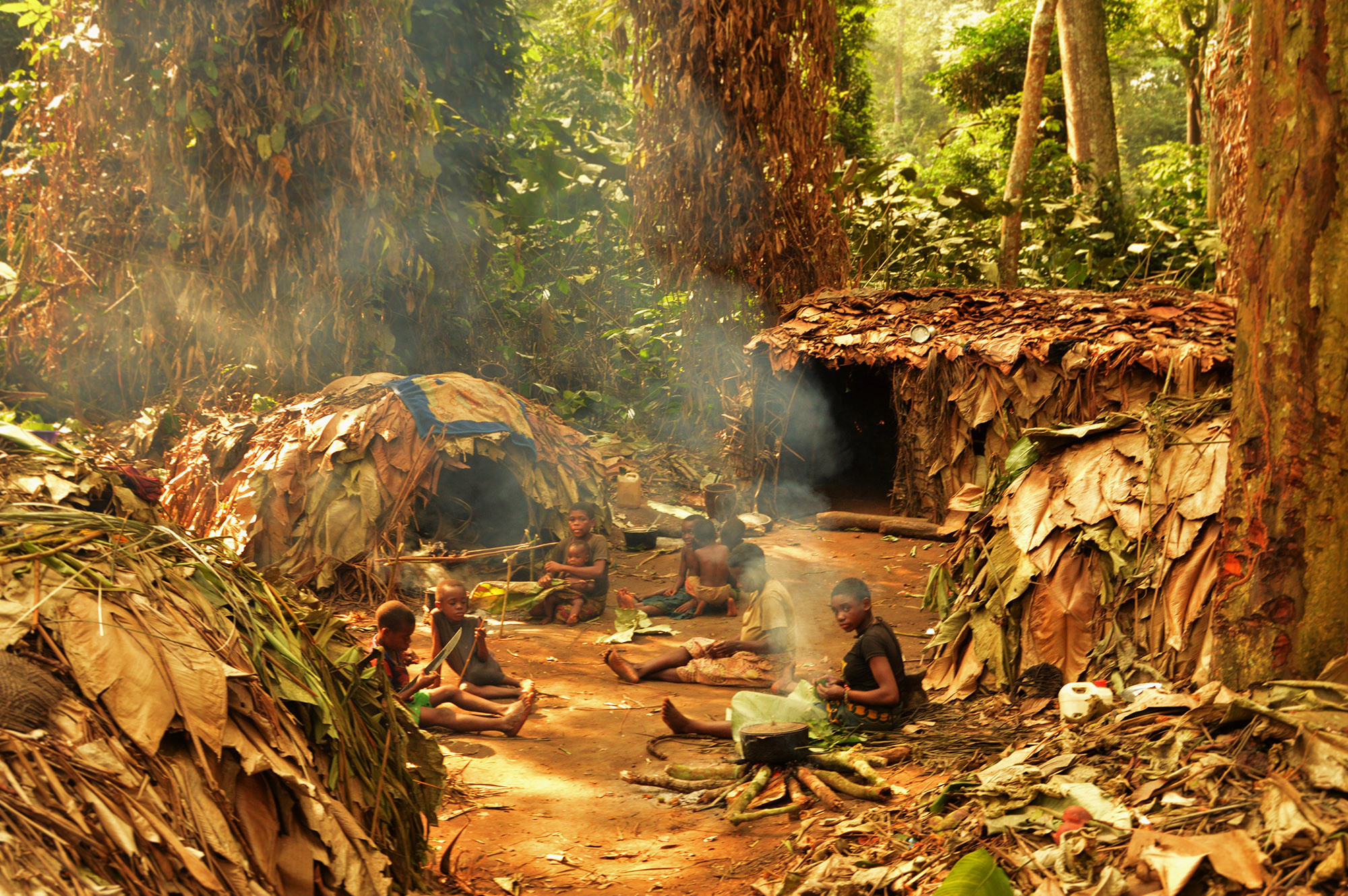 A Congolese Pygmy hunter–gatherer tribe has seen its members succumb to alcoholism as logging companies and conservation groups abuse and coerce them into relinquishing their traditional way of life, researchers say.

A team from Cambridge University has found that the once-isolated Congolese Mbendjele BaYaka hunter-gatherer tribe, one of several Pygmy populations, has seen their traditional lifestyle upended by conservation groups, logging companies and the Congolese government.

“Our team studied three Mbendjele camps situated in Congo’s Ndoki forest. We found that 44.3 percent of our sample had a hazardous volume of alcohol consumption based on WHO standards,” said Nikhil Chaudhary, assistant professor of evolutionary anthropology at the University of Cambridge and co-author of the study published in the journal PLoS ONE.

This level of consumption is significantly higher than in other segments of the Congolese population, he said. The Democratic Republic of the Congo, formerly known as Zaire, is the largest country in sub-Saharan Africa and the second-largest on the entire continent of Africa.

Chaudhary explained that since the 1980s, vast swathes of rainforest traditionally inhabited by the Pygmy people have been handed over to multinational logging companies and conservationists.

As this trend continued, the tribe saw their nomadic lifestyle turn into a settled one. Complicating their survival, their hunting grounds have been designated as either protected areas or logging grounds.

The attack on the traditional lifestyle of this community, which Chaudhary describes as “incredibly kind and welcoming,” comes from several directions.

The loss of their traditional land combined with pressure from the government and logging companies to live a more settled lifestyle in villages has ripped the tribe from its roots.

The so-called “protected areas” have, according to Chaudhary, become notorious for the abuse of the Pygmy people.

He said “eco guards” (armed men employed by conservation groups) regularly abuse and imprison tribespeople who wander into the protected areas that were once their hunting and fishing grounds.

The tribe’s traditional survival methods have come under pressure as roads built by the government linking their villages to the logging grounds bring with them new employment “opportunities,” primarily with the logging companies themselves.

The rapid change in the environment surrounding the tribe that not so long ago would have gone decades without interacting with the outside world has brought with it the plight of alcohol dependence.

Chaudhary said outsiders have exploited the distress inflicted on the tribe by encouraging its members to abuse alcohol, making them easier to manipulate. Members of the tribe, viewed by companies as a source of labor, often fall into debt as a result of the addiction.

Interviews conducted by Chaudhary and his colleagues revealed that the tribe’s lack of knowledge on the effects of alcohol abuse has only exacerbated the problem.

Children in the tribe are now often exposed to alcohol at a very young age, with mothers dipping their fingers in alcohol and dripping it into the mouths of infants and even drinking during their pregnancies.

Overall, men drink more on average than women, but they drink more per event rather than more frequently, according to the study.

The tribe was introduced to alcohol but was not given any information on its dangers and side effects, making them far more vulnerable to the substance than most in the outside world.

This phenomenon is not solely a problem for the Pygmy people, according to Chaudhary. Alcohol dependence and abuse in once-isolated hunter–gatherer tribes has been documented in other countries such as Namibia, Cameroon and Botswana and among aboriginal groups in Australia.

Chaudhary said substance abuse has led to “alcohol-induced violence, high blood pressure and increases in the prevalence of diarrhea, which represents one of the major causes of mortality among indigenous populations.”

He emphasized the importance of not focusing solely on the problem of alcoholism as it is merely a product of the abuse and pressures these tribes face from outside forces.

“Alcohol abuse in response to hardship seems to be a widespread feature across all societies, including our own,” said Chaudhary. “What really needs to be tackled is the unjustified hardships faced by the Mbendjele.”

Currently, very little is being done to protect the Mbendjele, according to Chaudhary, and even the most well established nongovernmental organizations working in the region have failed to make any real headway in reversing the worrying trend facing the tribe.

“Given the combined pressures of deprivation, exploitation and rapid acculturation that BaYaka populations are currently facing, this research is essential to provide an evidence base for programs aiming to improve health and social outcomes.

“Crucially, it is essential that the communities are involved and empowered during the process of creating these health interventions,” said Chaudhary.

Too Big To Succeed: Some Conservation Areas In Africa Are Too Large To Protect