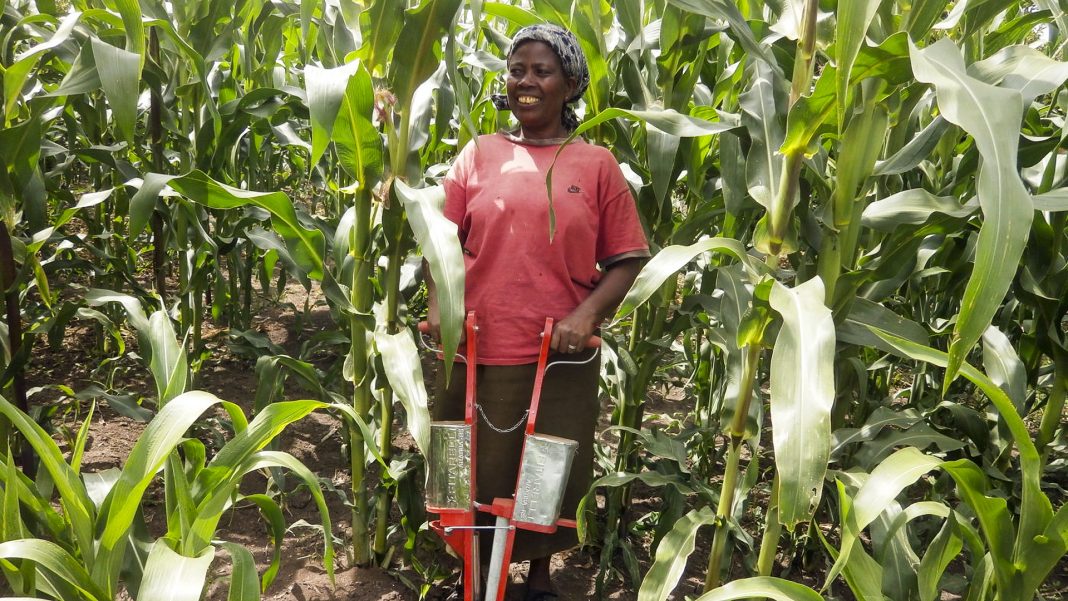 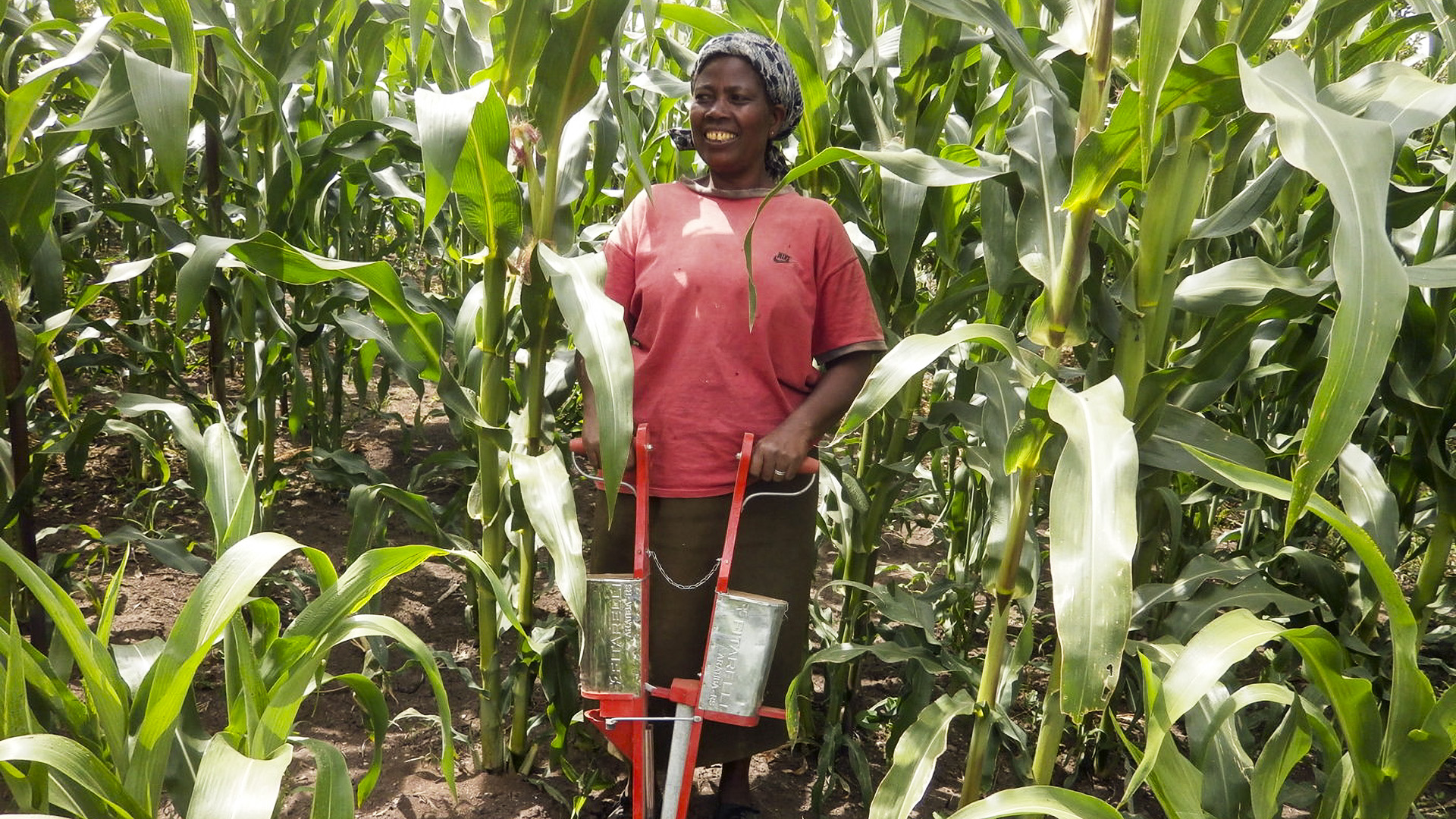 NAKURU, Kenya — For years, Pauline Mughambi, 50, from Nakuru County, 150 kilometers (96 miles) northwest of Kenya’s capital Nairobi, religiously tilled her acre of land but still struggled to put enough food on the table for her two children.

“I used to cultivate my farm, but the harvest would only last for a few weeks,” she told Zenger News. “The land was unproductive, and I had to spend so much money on buying food.”

The retired accountant was almost giving up on farming until she got introduced to conservation agriculture, a set of soil management practices that minimize the disturbance of the soil’s structure, conserves soil water, and enhances biodiversity.

“I fell in love with conservation farming after attending a farmers’ day organized by FAO [Food and Agriculture Organization] in 2016. Since that day, I have never looked back.”

In the first year of practicing conservation farming, she harvested 13 bags of corn up from the six bags she would harvest while using conventional farming methods.

“Currently, I harvest between 36 and 40 bags, which is enough to feed the family. We sell the surplus, and that has been my main source of income. Over-reliance on rain-fed agriculture was not helping and was disappointing at times. With little or too much rain, the harvests were still poor.”

Conservation farming is cheap and easy compared to labor-intensive conventional agriculture, she said.

“I used to invest so much in conventional farming because of land tilling costs, expensive fertilizers, and the much time spent on the farm, but the output was not equivalent to the input.”

Apart from corn, Mughambi also plants beans, sweet potatoes, vegetables, bananas, and fodder, all of which she says are giving her good returns.

“With this type of farming, I only use a quarter of the $300 I used to spend on the same piece of land with conventional farming, and the profits are ten times more.”

With proceeds from farming ventures, she has put her two children through university, built a good family home, and bought five dairy cows.

Following her success, Food and Agriculture Organization has identified Mughambi as a conservation agriculture champion in Africa and picked her to talk on behalf of African smallholder farmers at the Eighth World Congress on Conservation Agriculture held in Switzerland between June 21 and 25.

With support from the organization, 26,000 farmers from 18 different regions in Kenya were trained on and practicing conservation farming by 2018.

The organization seeks to put 10 percent of the Kenya farming population under conservation agriculture and has trained 1,700 agricultural extension officers for this purpose.

Albunus Mutisya, 48, from Tharaka Nithi County, 180 kilometers (111 miles) east of Nairobi, turned his two-acre land into a grazing field after giving up on farming due to frustrating harvests occasioned by frequent droughts.

However, today it is a model conservation agriculture farm.

“This place is semi-arid, with very little rainfall to fully sustain crop growth,” he told Zenger news on the phone.

“But mulching and no-tillage help the soil conserve enough water to help us grow first maturing and drought-resistant crops.”

Mutisya records bumper harvests of cereals from his farm, including beans, peas, and vegetables, to feed his family and supply neighboring schools and markets.

“Conservation farming transformed my farm into a food and money-making farm. Every farmer around here is adopting this style of farming because it has tangible results, and we have moved from being food donation receivers to suppliers.”

“Under the ever-changing climate, conservation agriculture is the way to go because it ensures soils, water, pollinators, and environmental resources needed to produce food are not destroyed during farming,” Munang told Zenger News.

“This results in more nutritious food, with more immune-boosting compounds that are key in the health of the vulnerable and food insecure in the society. This is a sure way of ensuring steady food production for our populations.”

The World Food Program says that climate shocks have made the Kenyan agricultural sector vulnerable. Still, Munang says that conservation agriculture is changing the tide in areas that were traditionally food-insecure.

“Practical field examples from many of the farmers we have mentored and monitored in Makueni, Kitui, and Tharaka Nithi [counties initially classified as food insecure] show that with minimum land tillage, yields can increase by 300 percent,” Munang told Zenger News.

“Conservation farming is helping us exploit the agricultural potential of our arid and semi-arid areas because, through this, we can introduce drought-resistant and fast-maturing crops to these regions,” he told Zenger News.

He says that the Food Security Bill, 2017, and the Climate-Smart Agriculture Strategy 2017-2026 provide Kenya with a roadmap of combating climate change-related food security threats.

“Some arid and semi-arid areas which would only plant during long rains are now leveraging conservation farming, and we see farmers in these regions harvesting even better than those in some rain-sufficient regions.”