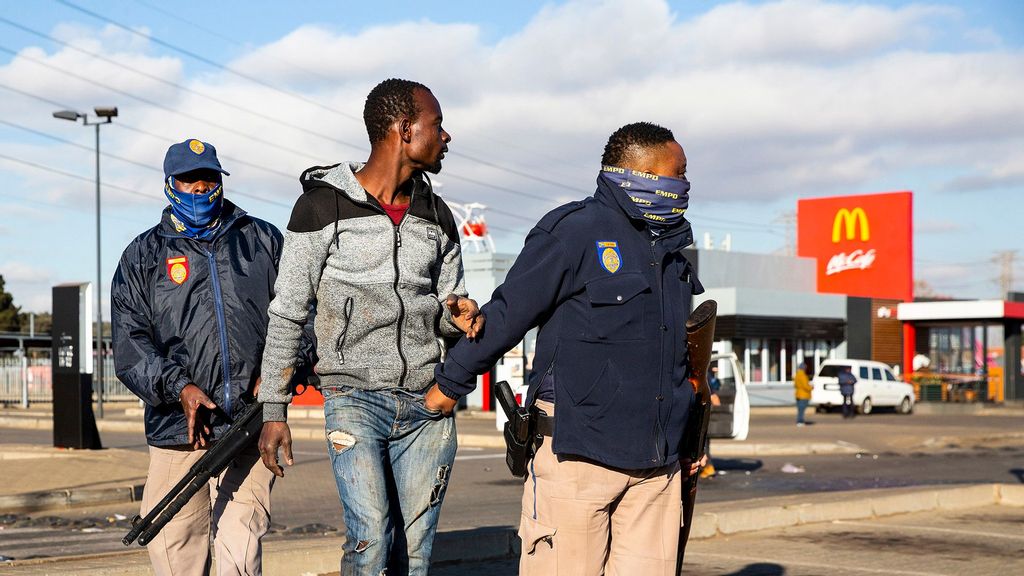 “The number of people who have lost their lives since the beginning of these protests has risen to 72,” police said in a statement.

Crowds clashed with police and ransacked or burned shopping malls across the country due to grievances unleashed by the jailing of Zuma.

11 people were killed in a stampede on July 13 during the looting of a shopping mall in the South African province of Gauteng. 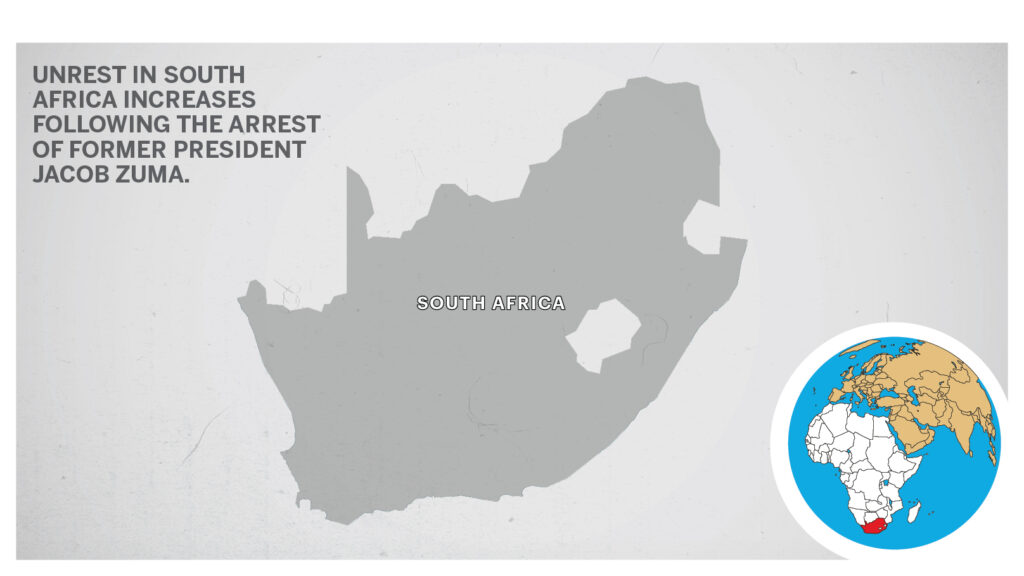 “This looting and violence is something that needs to stop,” Gauteng Premier David Makhura said.

Protests erupted on July 9 following the news of Zuma’s jailing. The first waves of unrest began in Zuma’s home province of KwaZulu-Natal and have since spilled over to South Africa’s economic capital of Johannesburg in Gauteng.

The protests were accompanied by looting and vandalism. On July 12, the government dispatched troops to quell the unrest.

Zuma, 79, was sentenced on June 29 by the Constitutional Court for defying a court order to give evidence at an inquiry investigating high-level corruption during his nine years in office until 2018.

The decision to jail him is seen as a test of post-apartheid South Africa’s ability to enforce the rule of law, including against powerful politicians.

Zuma filed an appeal at the Supreme Court on July 2, terming the sentence he received “cruel and degrading.”

“[There is] no need for me to go to jail today. Sending me to jail during the height of a pandemic, at my age, is the same as sentencing me to death,” Zuma told reporters outside his home in Nkandla in KwaZulu-Natal province on July 4.

“The sentence reminds our people of apartheid days. Sending someone to jail without trial could be a travesty to our justice,” Zuma said.

“The fact that I was lambasted with a punitive jail sentence without trial should engender shock in all those who believe in freedom and the rule of law. South Africa is fast sliding back to apartheid rule.”

Despite insinuating that he would disobey the sentence, Zuma handed himself to the police on July 7 and was admitted to Estcourt Correctional Centre, about 175 km (108 miles) from his rural homestead in Nkandla in eastern South Africa.

Zuma led South Africa for nearly a third of its post-apartheid history and was Nelson Mandela’s associate during the freedom struggle.

However, in December 2007, Zuma ousted Mbeki from the ruling African National Congress party leading to his resignation. He then took the reins of the party and, consequently, that of South Africa.

However, in December 2017, Zuma was also ousted by his deputy-now-President Ramaphosa.