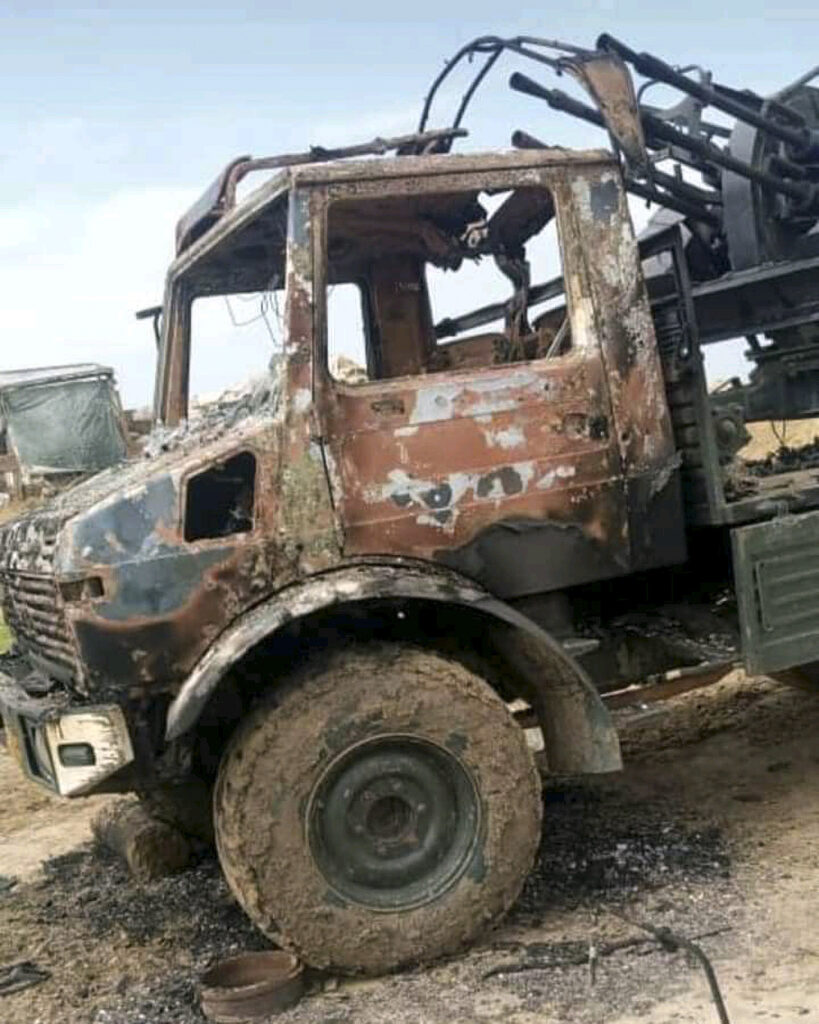 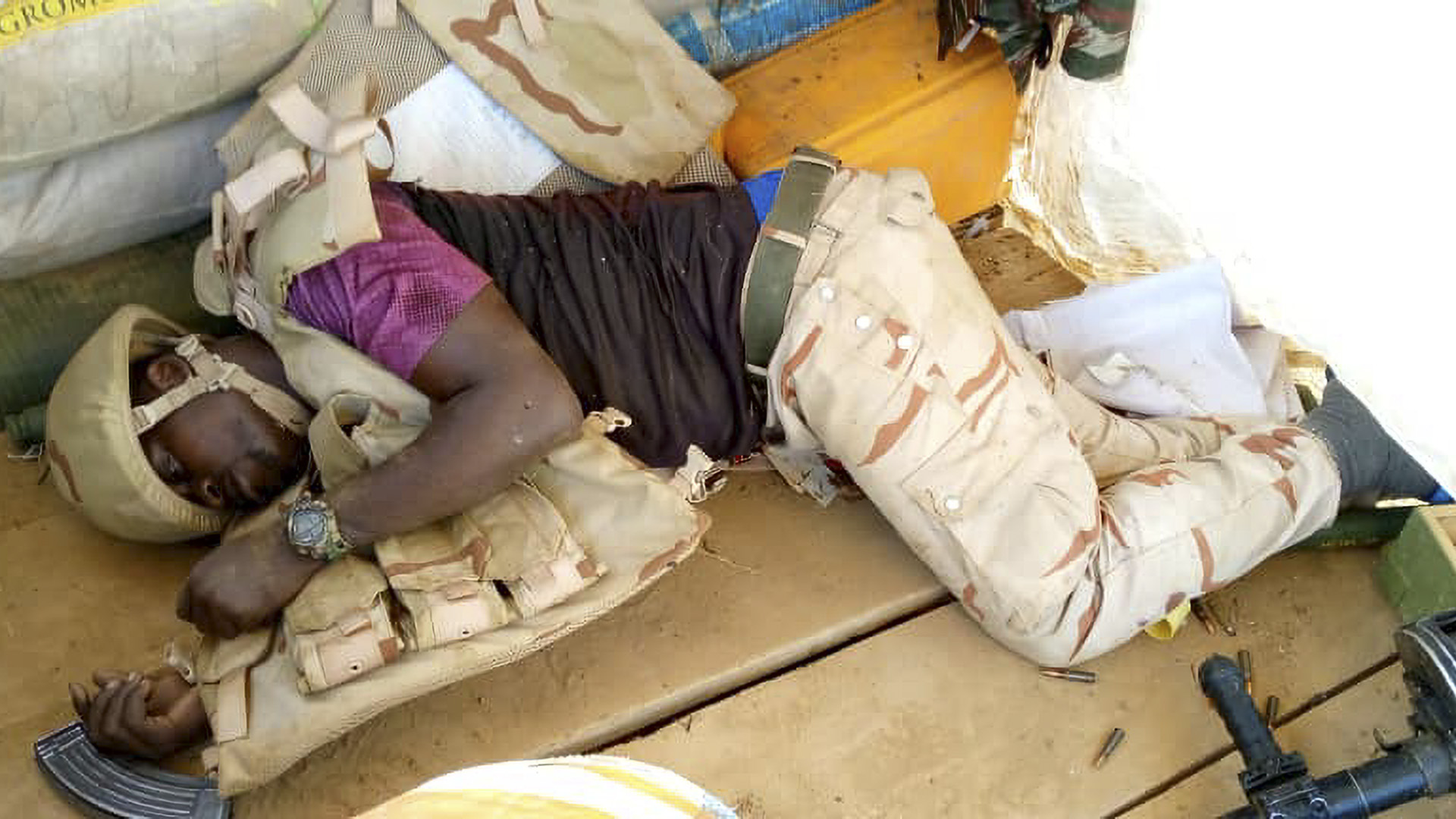 And, so, when the 75-year-old widow received news that her 25-year-old son was among the 13 soldiers killed during three Boko Haram attacks in northern Cameroon, the pain of his loss overwhelmed her.

“She’s unwilling to answer any calls because she is devastated,” Douna Belmond Man, brother to the fallen soldier, told Zenger News.

“She’s asthmatic. The news of this death may only worsen her condition. My brother chose to enlist in the army of his own volition. Our mother did not want it.”

The last time Landi saw her son was in December 2020, when he paid a short visit to his family in the Cameroonian town of Ngaoundere, 800 kilometers (497 miles) from the battlefront.

The Man family is now waiting to receive the fallen soldier’s corpse, believed to be battered beyond recognition.

Boko Haram insurgents recently struck the Fourth Joint Military Region in the Far North Region of Cameroon in three separate attacks in less than a week.

The first attack at a military outpost in Sagmé, in the Fotokol sub-division, Logone-and-Chari division of the Far North Region on July 24, left eight soldiers dead and 13 others wounded.

The militants launched the second attack a day after, at the command post of the African Union-Multinational Joint Task Force, still in the Logone-and-Chari division, killing five soldiers and a civilian.

The assailants wounded three soldiers in the third attack on July 29, shortly after Cameroon’s Minister Delegate at the Presidency in charge of Defense, Joseph Beti Assomo, left the region having met soldiers in the previous attacks.

The head of communication division at Cameroon’s Ministry of Defense, Cyrille Serge Atonfack Guemo, said “several assailants were neutralized as they retreated” but did not provide the number of the dead attackers.

“The Cameroonian Army will not stay mute in the face of this new trend. It will react accordingly to deal with the situation vigorously and effectively,” Guemo said.

Cameroon and other Lake Chad Basin countries have borne the brunt of Boko Haram’s attacks since 2013. Boko Haram has carried out numerous attacks from its base in northeastern Nigeria since 2009.

The latest series of attacks are the first since Boko Haram’s leader, Abubakar Shekau, was reported dead in May.

“Boko Haram was already very much weakened during the last months and years by our defense and security forces,” Assomo told the press during a visit to the region.

“But a lot has changed within its ranks lately, so much so that we have to now deal with a new Boko Haram. We will deal with this threat appropriately to preserve our territorial integrity while protecting our people and their property,” he said.

Douna Man, 54, retired from the Cameroonian army in 2016 after 29 years of service. But unlike him, his younger brother, Zanguim, met his death barely three years into the military.

“We are badly touched [by this death]. We leave everything to God. There is nothing we can do now. Our hearts [used to] beat each time we heard of the Boko Haram attack since we had two brothers at the war front,” he told Zenger News.

“This time around, we are the victims.”

Like his dead brother, joblessness pushes youths to enlist in the military despite the risks involved, he said.

“We all know soldiers get killed every day, especially in the ongoing war in Anglophone Cameroon.”

A dispute over the group’s leadership in August 2016 resulted in the emergence of two factions. One faction continued to operate as the Islamic State of West Africa, while another reverted to Boko Haram’s name.

Studies reveal that in 2020, the number of Boko Haram attacks against civilians in the Far North Region of Cameroon stood at 234 — far higher than the number of attacks registered in Nigeria, Niger and Chad combined.

These attacks usually take the form of raids, kidnappings for recruitment and ransom, and looting of villages and refugee camps.

More than 3,000 Cameroonians have died from Boko Haram attacks, which has displaced some 250,000 others.

In the latest attacks, the militants only targeted military positions and personnel, which experts describe as tactical.

“The target of military positions does not mean that they cannot target civilians,” Suh I Fru Norbert, lecturer, and researcher in the Department of Political Science and Comparative Politics in Cameroon’s University of Buea, told Zenger News.

“We do not have evidence that the civilian population was [not] around [at the time of the attack]. Their attacks on the military could also signal that they are well and strong. And this is a signal to the Cameroon military to fortify its defenses.”

Kisifeh Derek Lange Nga, an expert in conflict resolution and lecturer at the Pan African Institute for Development-West Africa, said civilians and military personnel are not safe from terror attacks.

“Vigilance and professionalism are the watchwords,” he told Zenger News.

“Civilians are expected to co-operate with the defense and security forces as well as administrative authorities by providing information on the activities of Boko Haram. They also have to participate more in vigilance groups to curb the impact of this terrorist group.”

A terrorist victory on a military position could be a way of displaying the weakness of the regular military, Suh said.

“And that could mean a strategy to win legitimacy and the loyalty of the civilian population.”

Cameroon and Lake Chad Basin countries member States have been engaged in an African Union-Multinational Joint Task Force to push back Boko Haram since 2015.

The latest attacks have once more brought the effectiveness of the force under scrutiny.

“Countries [of the Lake Chad Basin] are far from being permanently safe from terrorist attacks. Terrorist groups can have moments of crisis, and that should not be interpreted as a weakness. The MNJTF, therefore, needs to restrategize,” Suh told Zenger News.

Battlefield victories over Boko Haram and the professionalism of the regional force can only determine its effectiveness, said Lange Nga.

“Secondly, the sudden departure from the scene of Chadian President Idriss Deby who was vital in fighting Boko Haram, especially along the Lake Chad Basin, slowed down the fight against the militants.”

The Covid-19 pandemic could have forced the joint task force member states to redeploy financial resources to fighting the disease instead of Boko Haram, he said.

“Further, the support from friendly states and international organizations—themselves affected by the pandemic—could explain why joint military action might have slowed down, causing spikes in recent attacks,” Lange Nga told Zenger News.

During his two-day visit to assess the security situation in Maroua, headquarters of Cameroon’s Far North Region, Assomo told wounded soldiers, “the army never forgets its men no matter what happens to them.”

“The results [of our retaliation] will be seen on the field in the coming days. I ask the people of the Far North Region to throw their weight behind this new phase of the war against Boko Haram,” he said.

Speaking from his hospital bed, Corporal Muewaya Borno Ndzi, one of the wounded soldiers, said he was ready to return to the war front when he recovers.

“That is what we signed for!”